SEOUL, Aug. 11 (Yonhap) -- President Moon Jae-in stressed the urgency Wednesday of curbing the spread of COVID-19 as South Korea's daily count of additional cases has exceeded 2,000 for the first time.

It is "of great concern" that the number has surpassed 2,000 despite health authorities' efforts and the people's cooperation in social distancing, he said during a meeting with his Cheong Wa Dae aides.

Earlier in the day, the Korea Disease Control and Prevention Agency (KDCA) announced that 2,223 new cases had been confirmed across the nation throughout Tuesday.

Sharp increases in infections represents a "global phenomenon" attributable to the highly contagious delta variant of the virus, the president said, according to presidential spokesperson Park Kyung-mee.

"(We) are at a critical period that could be a turning point for further increases in infections if we fail to stop the current spread," Moon was quoted as adding.

He again pledged that the government will make every effort to stabilize the situation. 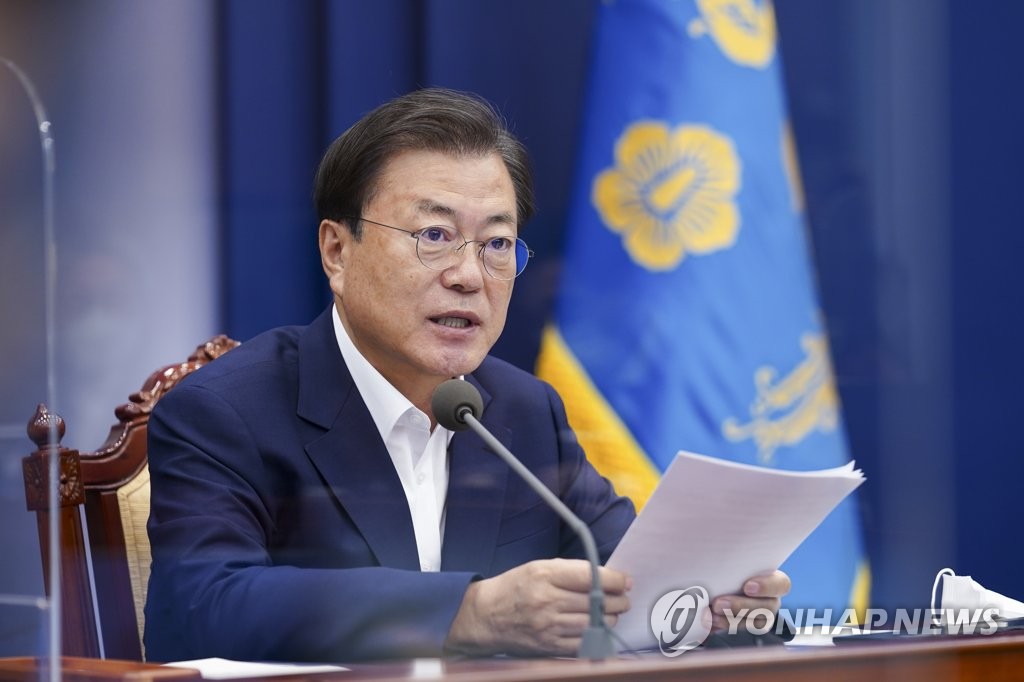