The northeastern province of North Hamgyong received more than 100 millimeters of rain from 6 a.m. to 9 a.m., with some cities and counties recording up to 50 mm of rainfall per hour, the Korean Central Television reported.

Hwadae County in the province received 209 mm of rain from midnight to 8 a.m., with 123 mm pounding the region within just three hours from 3 a.m. to 6 a.m.

"It is difficult to see through the rain and secure clear vision even under 30 millimeters of rainfall ... we are in a very dangerous situation as such heavy rain has pounded the area for three straight hours," it said.

The North has issued a warning in the area as heavy rain is expected to continue until Thursday, according to the broadcaster.

North Korea's state media earlier reported that about 1,170 homes were destroyed or flooded, and some 5,000 residents were evacuated as up to 307 mm of rain fell in South Hamgyong Province between Aug. 1-2. 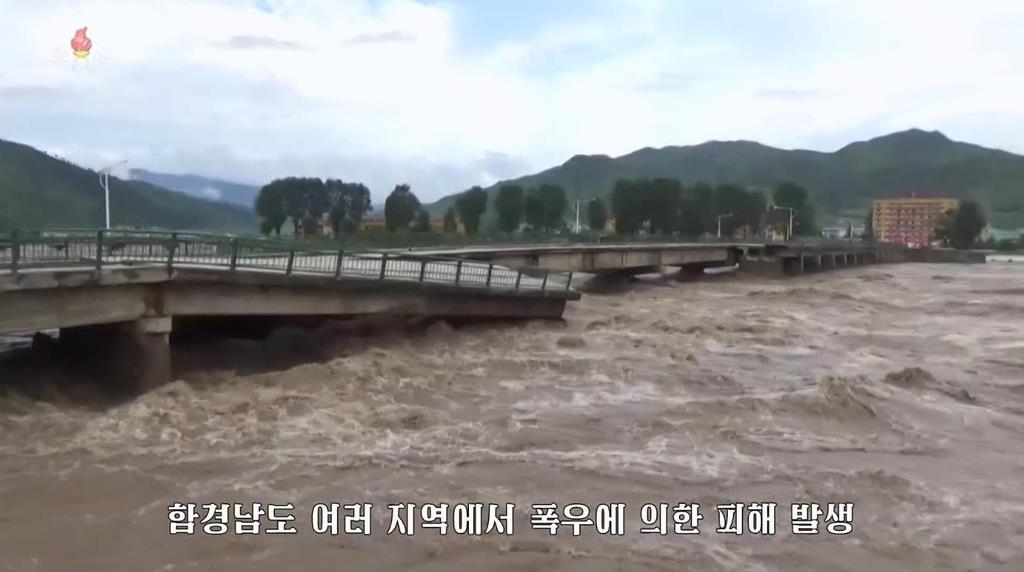