The Seoul High Court found Chung Kyung-sim, a professor of Dongyang University, guilty of all charges related to the unfair college admission of her daughter and upheld the lower court's sentence of four years. 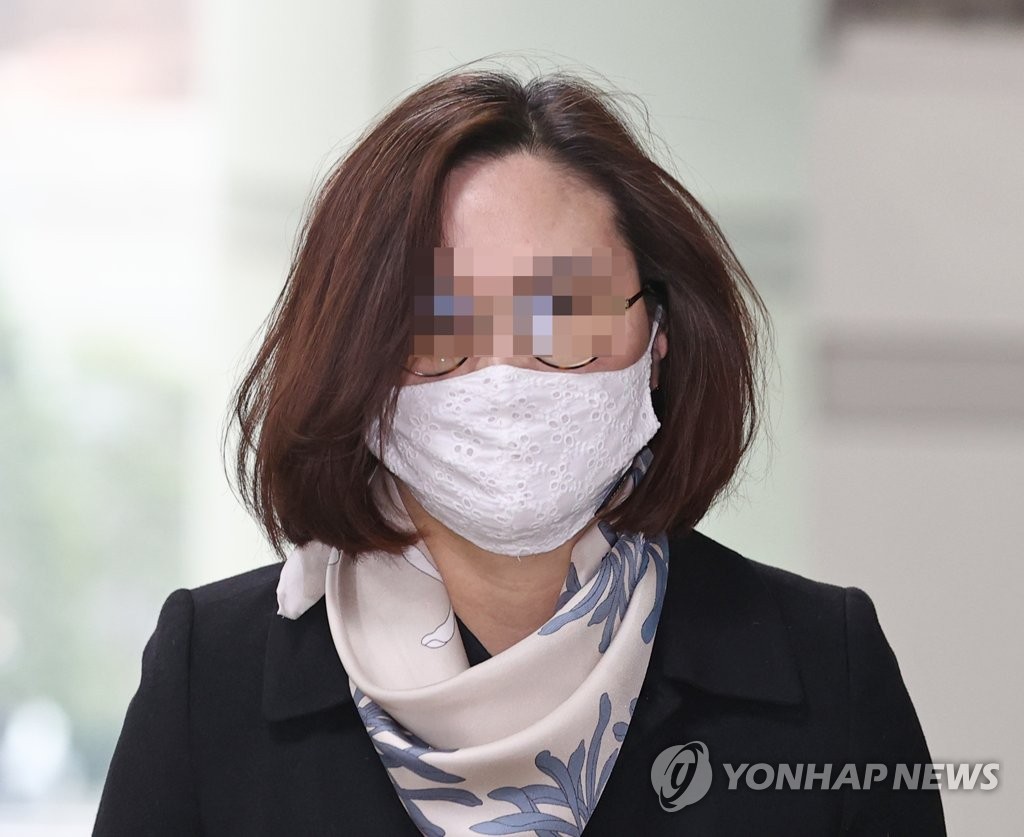 "(The defendant) disrupted the educational institutions' admissions system and seriously damaged our society's trust in the system's fairness," the court said in its ruling.

The court said Chung blamed the admissions system for her crimes and shifted responsibility for the false documents to the people who wrote them as a favor to the family.

The professor was also indicted on charges of financial misconduct and convicted of some of them.

As in the initial ruling, the Seoul High Court found her guilty of trading in stocks using an account under a false name.

But on charges that she used insider information to earn profits from WFM, a KOSDAQ-listed battery business, the court recognized only part of the sum cited by the lower court and acquitted her of the rest.

"The charge of trading in stocks using undisclosed information ... is a serious crime that creates risk of property loss to investors doing business in the stock market," the court said.

The professor was immediately taken into custody after the Seoul Central District Court sentenced her to four years in December.

On Wednesday, she was brought to the Seoul High Court to attend the second sentencing hearing, dressed in a white shirt and black suit.

Once the judge read the ruling, Chung left without showing any particular reaction.

Dozens of supporters stood inside and outside the court, wearing t-shirts printed with her husband's face and displaying a banner printed with the title of his recently published memoir, "Cho Kuk's Time."

Chung's attorney, Kim Chil-joon, expressed regret at the appellate ruling, saying it is "frustrating" that the bench applied today's standards to an admissions system that was in place a decade ago.

He added that Chung will likely appeal again.

Her husband, who was a close aide to President Moon Jae-in, resigned as justice minister in October 2019, just one month after taking office. He was later indicted on a dozen charges, including bribery, in connection with their children's academic credentials and school scholarship, as well as his family's suspicious private equity investments. 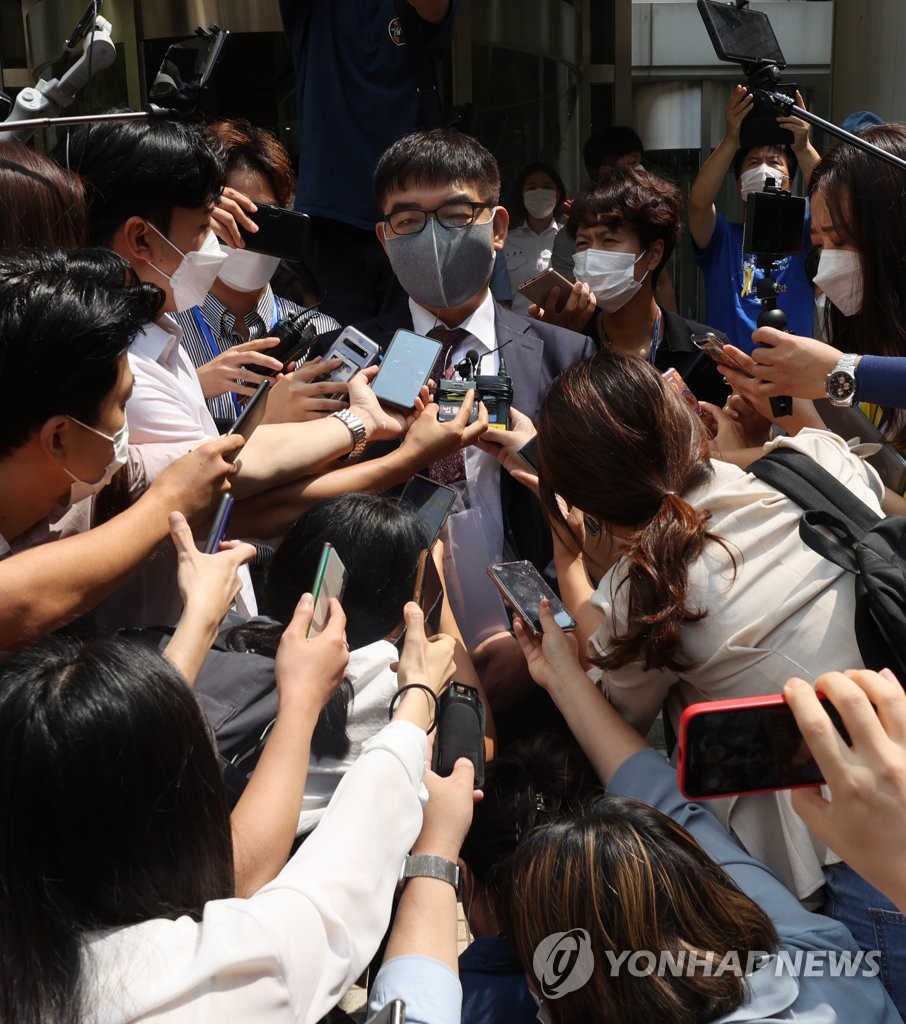