SEOUL, Aug. 11 (Yonhap) -- Having had his first taste of the Olympics at age 18, South Korean swimmer Hwang Sun-woo is turning his focus to the 2024 Summer Games in Paris.

Hwang competed in two finals at the recently concluded Tokyo Olympics. He set an Asian record with 47.56 seconds in the semifinals of the 100-meter freestyle and finished in fifth place in the final. He became the first Asian swimmer in 65 years to even race in an Olympic final for the 100m freestyle.

In the 200m freestyle earlier in Tokyo, Hwang set a national record with 1:44.62 in the heats and then ended in seventh place in the final. Hwang was on a world-record pace through the halfway point and was in the lead with 50m to go before losing steam. 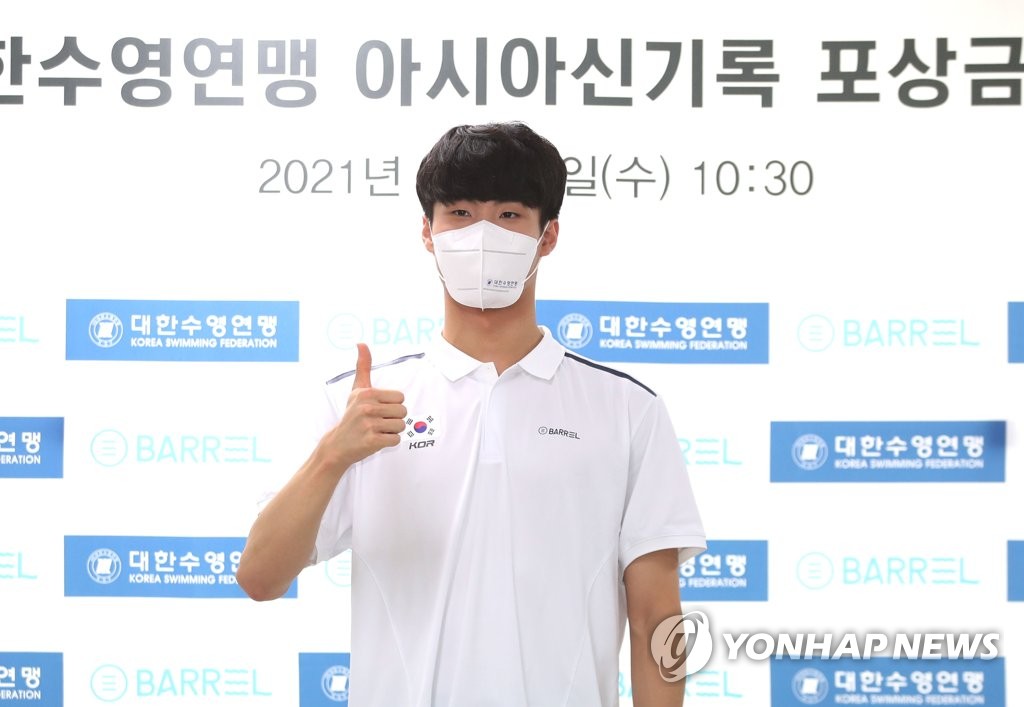 Though Hwang didn't win a medal in Tokyo, the Korea Swimming Federation still awarded him with 10 million won (US$8,670) in prize money Wednesday for breaking the 100m free Asian record.

After receiving his prize, Hwang said he was "relieved" to have completed his first Olympics with good records and that he was now ready to move forward.

"I'll focus on the 100m and 200m freestyle through the world championships and the Asian Games next year," said Hwang, who also raced in the 50m freestyle in Tokyo but missed the final. "I must work on pacing myself and managing my race better in the 200m."

At the 2022 Asian Games set to take place in Hangzhou, China, in September, Hwang should be a strong gold medal favorite in both the 100m and 200m. He was the only Asian swimmer in the finals for both events in Tokyo.

But Hwang wants so much more.

"If I can continue to gain experience, I should be able to raise our national flag from the medal podium in Paris," Hwang said. "I'd like to break stereotypes (against Asian swimmers in the 100m freestyle). I am not perfect yet, but if I keep improving, I will be capable of winning an Olympic medal." 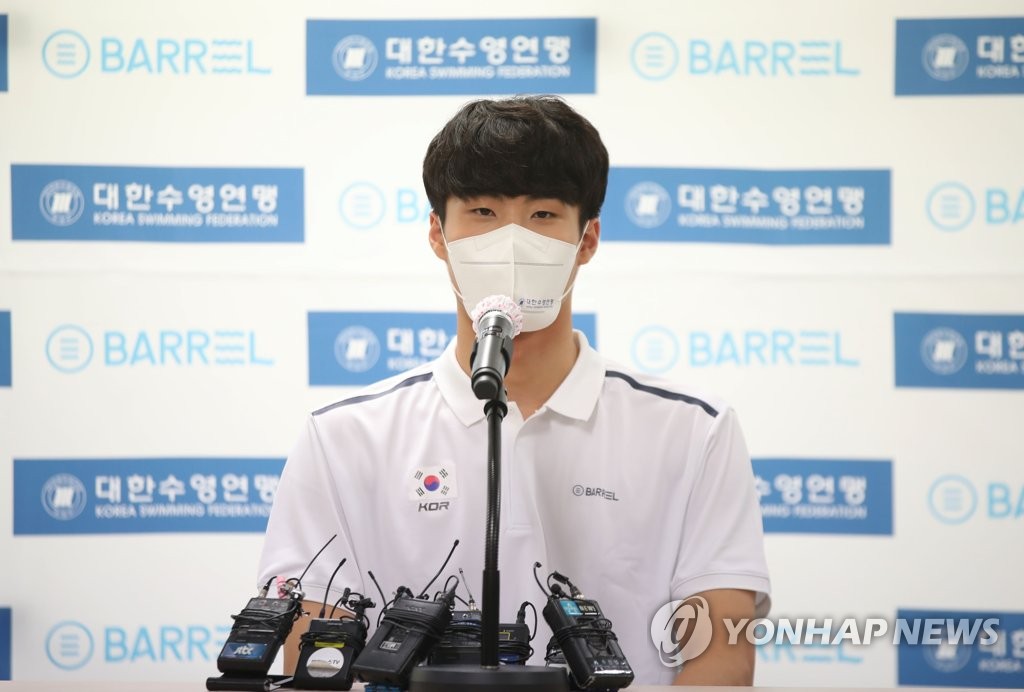 Hwang has drawn comparisons with Park Tae-hwan, who remains the only South Korean swimmer to have won an Olympic medal. Park won gold in the 400m freestyle and silver in the 200m freestyle in 2008, and then won silver in both of those events four years later. When Hwang reached the 200m final in Tokyo, he became the first South Korean to go that far in an Olympic swimming event since Park in 2012.

Hwang called Park "the greatest swimmer ever from South Korea" and added, "I will take it one step at a time to try to reach those heights." 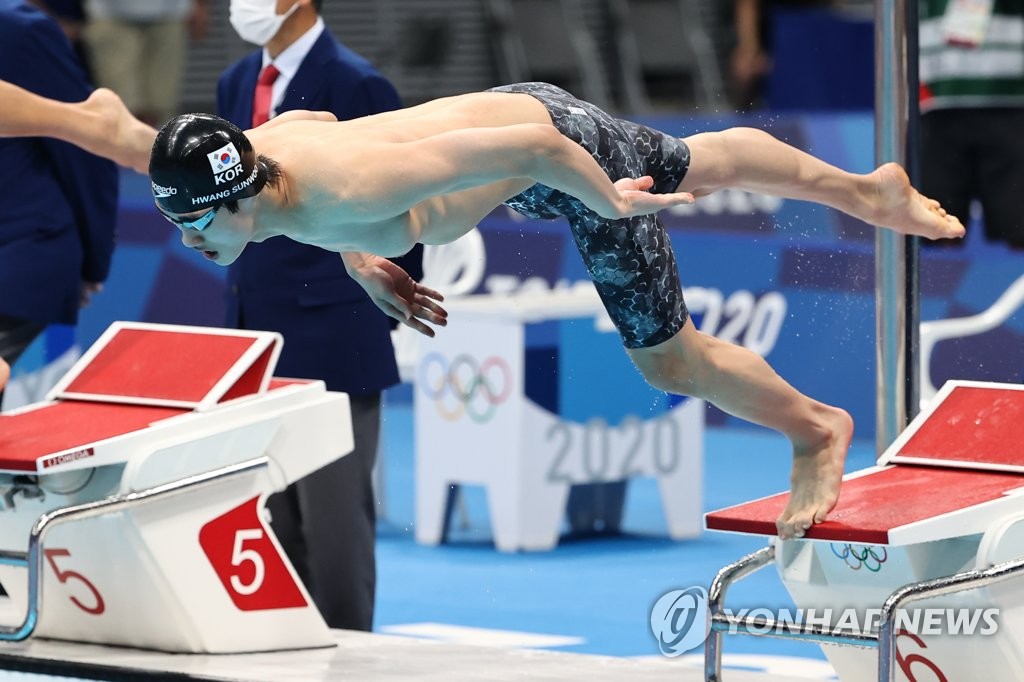 Asked when he felt he would reach his athletic peak, Hwang responded, "Once I reach my early 20s after the world championships and the Asian Games next year, I will probably be hitting my prime. I will try to set myself up for the optimal performances in Paris."

Hwang, listed at 186 centimeters and 73 kilograms, said he'd like to add more muscle too.

"I am one of the biggest swimmers in Korea, but at the Tokyo Olympics, I was the smallest," Hwang said with a smile. 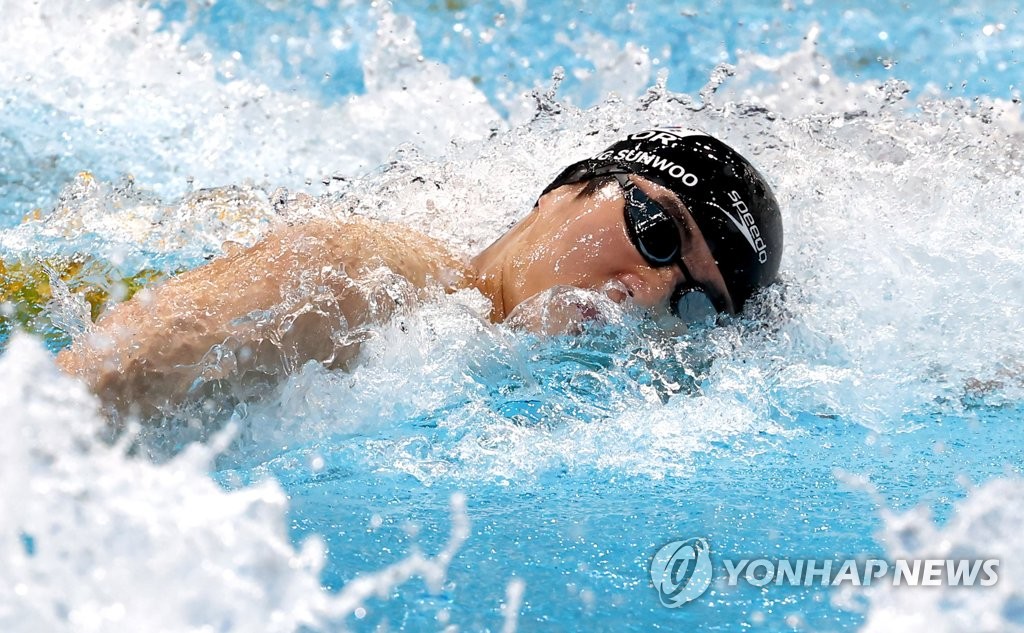