SEOUL, Aug. 11 (Yonhap) -- A new season of KCON, a major K-pop and Korean culture festival series, will kick off online next month amid the pandemic, its organizer said Wednesday.

The fifth season of the online event titled "KCON:TACT" will be streamed from Sept. 18-26 on the YouTube channels of KCON and Mnet K-pop for global fans and the local over-the-top service Tving for domestic fans, according to South Korean media and entertainment firm CJ ENM.

"KCON:TACT" is an online edition of KCON, a K-pop festival that has drawn an accumulated 1.1 million offline spectators since kicking off in 2012. The festival has been held in many countries, including the United States, France, Australia, Mexico and Japan, on 24 occasions.

The popular event turned online in May of last year due to the outbreak of the new coronavirus pandemic.

According to CJ ENM, the upcoming show will open with a ceremony using augmented reality technology and offer better real-time communication between artists and fans. 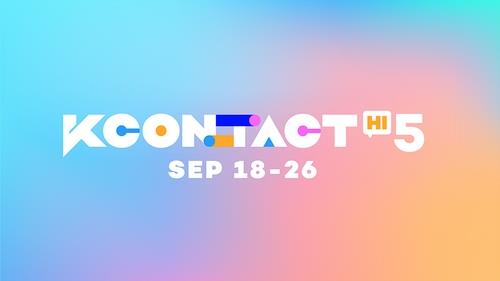