The company will start receiving orders for the two models next Wednesday ahead of its launch during the third quarter, it said.

The Bolt EUV equipped with a 66 kilowatt-hour battery can travel up to 403 kilometers on a single charge. It is priced at 45 million won (US$39,000) without government subsidies. The Bolt EV will be sold for 41 million won.

GM aims to introduce 30 kinds of electric vehicles, including the two Bolts, in the South Korean market by 2025, the statement said. 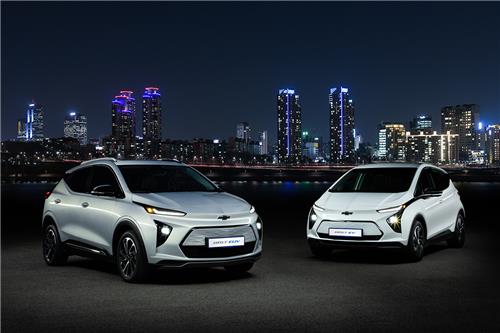