On Monday, the Korea Disease Control and Prevention Agency (KDCA) announced that for those who received the first shot of the two mRNA vaccines after July 26, the second dose will be given six weeks after the first, longer than the current four-week dosing regimen. The change will be temporarily applied until next month. 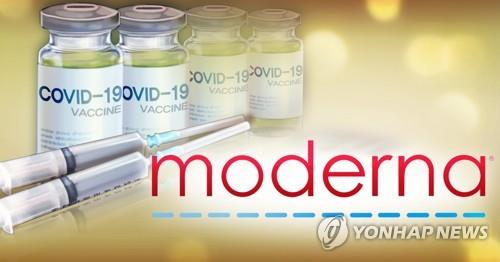 The KDCA said a total of 11.56 million people will receive a new appointment date for their second shots on Thursday.

Those whose second-shot appointment date falls on the Chuseok holiday set for Sept. 20-23 will be administered with their second shots five days earlier than scheduled, the authorities said.

The decision to extend an inter-dose interval comes after Moderna notified the Seoul government that it plans to supply less than half of the 8.5 million doses of its COVID-19 vaccine planned for August.

The country aims to administer the first dose to 36 million people, 70 percent of its 52 million population, by September, with the goal of achieving herd immunity by November. The government seeks to advance the first goal before the Chuseok holiday.

On Wednesday, the country's daily new coronavirus cases reached a new high of 2,223 since the start of the pandemic in January last year in the face of monthlong toughened virus curbs and a slower than expected vaccination campaign.

South Korea clinched a deal to receive 40 million doses from Moderna, which will account for the bulk of the vaccine supply for the second half. Moderna has shipped 2.46 million shots to South Korea.

2nd jab appointments for 11.56 mln rescheduled due to supply glitch

2nd jab appointments for 11.56 mln rescheduled due to supply glitch