SEOUL, Aug. 11 (Yonhap) -- Women in their 20s are more likely to be active in social participation than men in the same age group, a government report showed Wednesday.

The report released by the National Human Rights Commission of Korea also suggested young people who identify themselves as feminists are more likely to engage in social activities.

The study is based on a poll conducted by the Korea Women's Political Solidarity on 1,430 people aged 19 or older in August 2020. 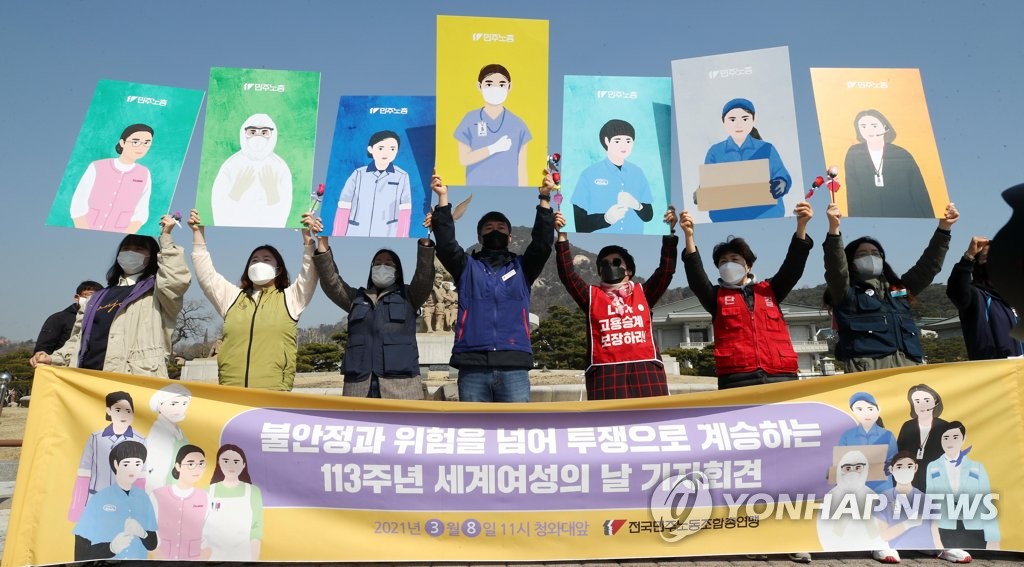 The poll showed men are more likely to be active than women in both forms of participation among all age groups except those in their 20s.

Women aged between 19-29 were found to be slightly more willing to engage in traditional social activities than men in the same age bracket.

As for online participation, they are far more active than their male counterparts and the most active of all age-gender groups, the survey found.

The survey also suggested among 20-somethings, the more people identify themselves as feminists, the more they are likely to participate in social activities and that such tendency is more obvious among women than men.
(END)