SEOUL, Aug. 11 (Yonhap) -- President Moon Jae-in plans to attend an event this week to commemorate the fourth year since the introduction of a program designed to ease the financial cost of medical services, his office said Wednesday.

During the Cheong Wa Dae session Thursday, he will receive briefings on the results of the so-called Moon Jae-in care, or Mooncare, according to deputy presidential spokesperson Lim Se-eun.

Mooncare is meant to expand the coverage of the state-run health insurance system, especially for the underprivileged, children and the elderly. It is a key element of the liberal Moon administration's push for broadening the welfare of the people.

Kim Yong-Ik, president of the National Health Insurance Service, is scheduled to detail relevant benefits for the people during a briefing. Under Mooncare, 37 million people have saved a total of 9.2 trillion won (US$7.9 billion) in medical costs, Lim said.

Among other attendees at the event will be In Kyo-don, who won the bronze medal in the men's +80kg taekwondo competition of the Tokyo Olympics. He was diagnosed with lymphoma in 2014 at age 22 but fully recovered in 2019. 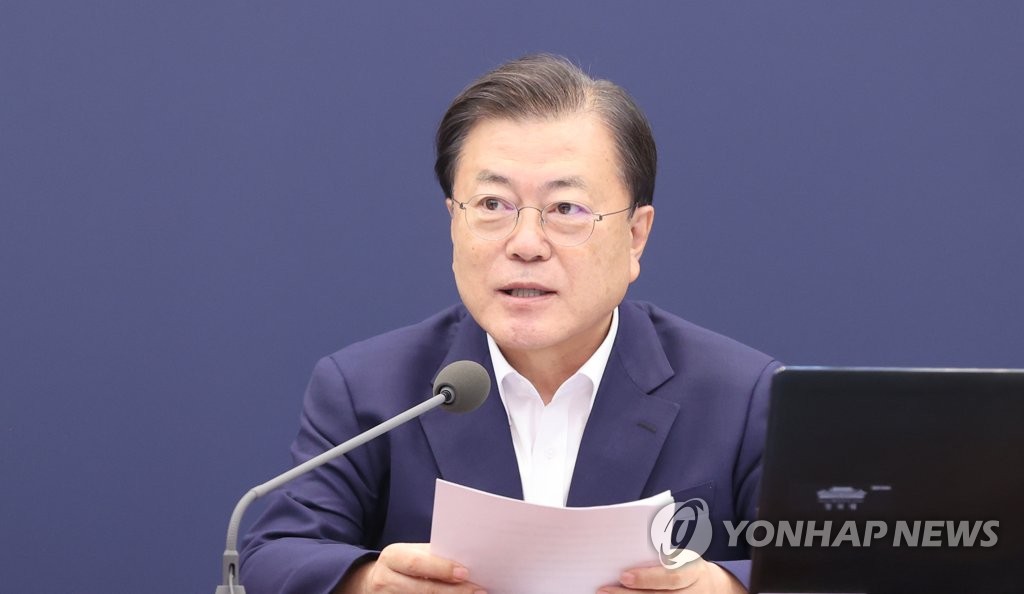