The Galaxy Z Fold3 and the Galaxy Z Flip3, available in LTE and 5G, were introduced at Samsung's Unpacked online event and boast improved displays, durability and functionality.

Both Z Fold3 and Z Flip3, powered by a 5-nanometer application processor, will come with lower price tags compared to their predecessors, as Samsung strives to popularize the foldable smartphone category.

The new foldable smartphones will be officially launched on Aug. 27 in select markets. The third-generation of the Z series comes with an IPX8-rated water resistance rating, the first in the foldable smartphone category. Such a rating is given when a device can withstand submersion in up to 1.5 meters of fresh water for up to 30 minutes.

Samsung also applied new protective film made of stretchable PET on the main screen of the new Z series devices, making them 80 percent more durable than their predecessors.

They are built with new Armor Aluminum -- the strongest aluminum frame ever used on the Galaxy smartphone -- and the Corning Gorilla Glass Victus was used for their cover screen and rear glass to protect the displays from scratches and accidental drops.

Samsung believes the Z Fold3 and the Z Flip3 can solidify its top status in the fast-growing foldable smartphone market.

Citing data from market researcher Strategy Analytics, the company expected this year's foldable smartphone market to triple from a year earlier to 6.5 million units and reach 117.2 million units in 2025.

The company also hopes the latest foldable devices can boost its handset sales amid fierce challenges from Chinese brands and Apple Inc.

Samsung defended its position as the world's leading smartphone vendor in the second quarter of the year, but its market share dropped to 18 percent from 22 percent a quarter earlier, according to Counterpoint Research.

In particular, Samsung was outnumbered by Xiaomi Corp. in June as its smartphone sales share dropped to 15.7 percent, while the Chinese maker's share rose to 17.1 percent, Counterpoint Research data showed. 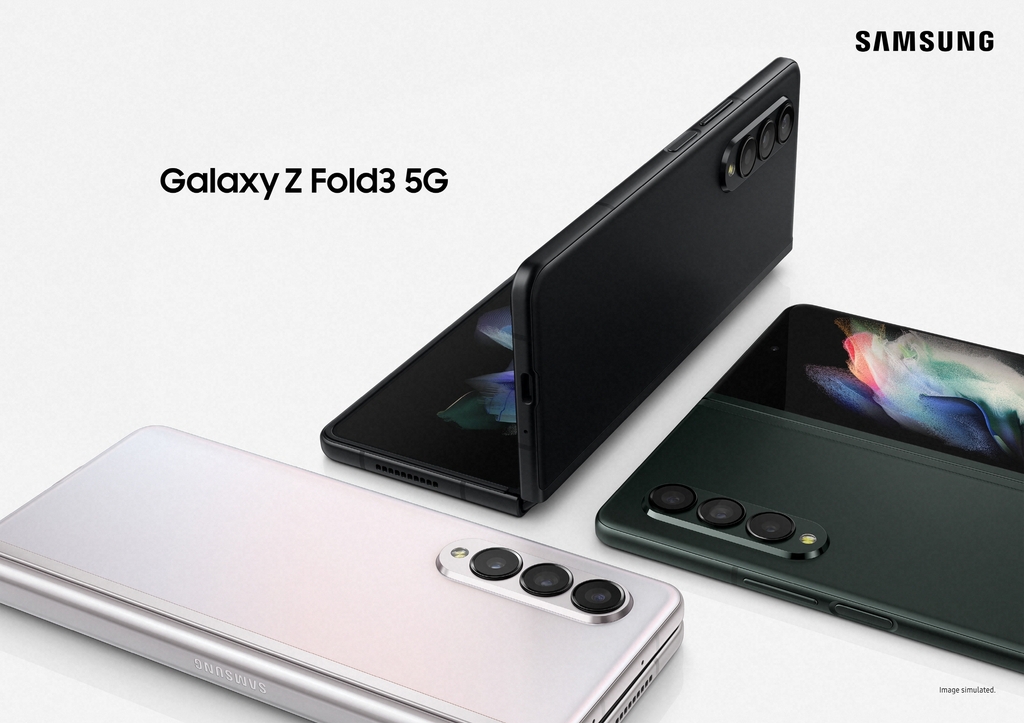 The Z Fold3 is Samsung's first foldable smartphone to support the S Pen stylus, which was previously available only for the Galaxy Note series.

The S Pen for Z Fold3, which will be sold separately, comes in two options -- S Pen Fold Edition and S Pen Pro. Both feature a Pro tip solution with force limit technology to protect the Z Fold3's main screen. The S Pen Pro is also compatible with Samsung's other stylus-supporting devices, including the S21 Ultra and the Note series.

The Z Fold3 is also the first Samsung smartphone to have a under display camera. By locating pixels on the top of the camera hole, Samsung said users can have an undisrupted viewing experience on the main screen.

On the back, the Z Fold3 has a 12-megapixel (MP) ultra wide shooter, a 12MP wide-angle camera and a 12MP telephoto lens. It also has a 12MP camera on the cover screen.

The Z Fold3 features a 7.6-inch main screen when unfolded, while having a 6.2-inch cover display, the same size as the Z Fold2, but its cover screen now supports 120Hz adaptive refresh rate. Samsung also applied the new Eco square display technology that makes its screen 29 percent brighter than its predecessor while consuming less energy. 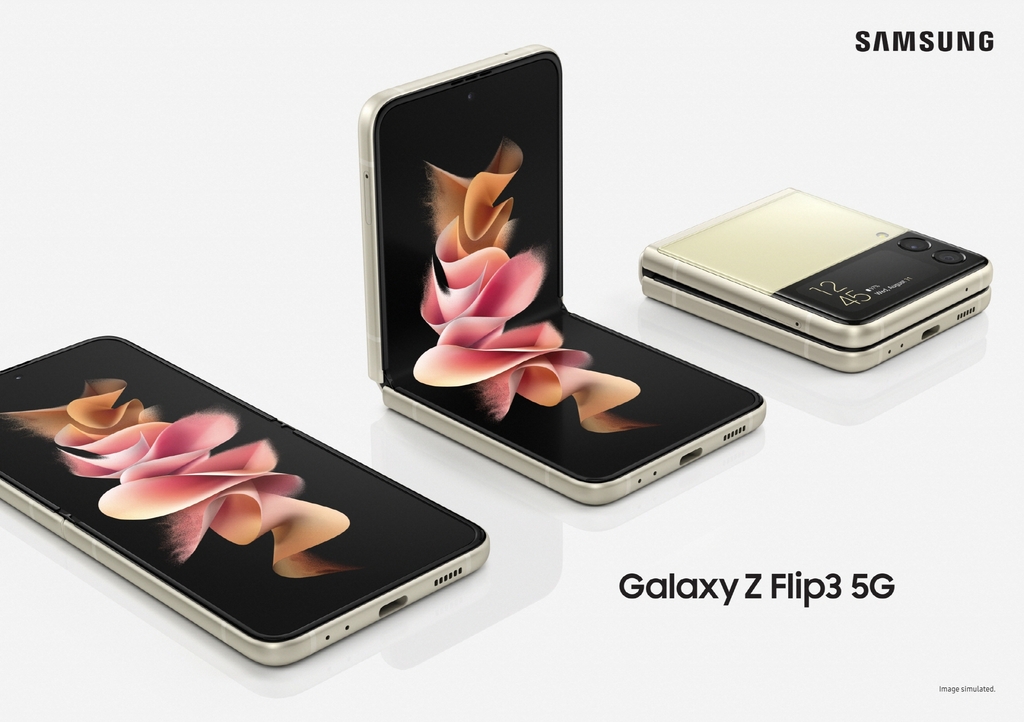 The Z Flip3 features a sleeker design, more color options and a bigger cover screen compared to its predecessor.

The Z Flip3 offers a maximum of seven color options, compared to three for the Z Flip, with Samsung also introducing ring grips and strap cases for consumers who want to decorate their phones.

When it comes to the camera, it has a 10MP shooter on the front and a 12MP ultra wide lens and a 12MP wide-angle sensor on the back. Samsung said the Z Flip3 is packed with its latest camera features, including enhanced Flex mode for hands-free selfie shots and Quick Shot using the cover screen.

When unfolded, the Z Flip3 features a 6.7-inch display with 120Hz adaptive refresh rate. It packs a 3,300mAh battery.

Samsung said the limited edition of the Z Fold3 and the Z Flip3, for which the company collaborated with U.S. fashion brand Thom Browne, will also be available this time. Preorders for the Thom Browne edition will start Wednesday in select markets.