SEOUL, Aug. 12 (Yonhap) -- South Korean e-commerce giant Coupang Inc. said Thursday its sales hit a new high in the second quarter of the year, but it posted big losses due largely to a one-off cost.

Sales stood at US$4.48 billion in the April-June period, up 71 percent from a year earlier, the New York-listed e-commerce behemoth said in a regulatory filing.

It marks the first time that Coupang's quarterly top line has exceeded the 5 trillion-won ($4.33 billion) mark. Coupang's sales have been jumping 50 percent on-year for the 15th consecutive quarter since the July-September period of 2017.

Yet Coupang registered a net loss of $518.6 million and an operating loss of $514.9 million for the second quarter. On-year changes in the losses were not available.

Coupang's net loss included a cost of $295 million related to a June fire at a warehouse, located some 80 kilometers southeast of Seoul, that killed a firefighter.

The e-commerce giant said the company invested $120 million in the fresh food segment and Coupang Eats, an online food platform under its wing, in the second quarter.

Coupang said its fresh food sales more than doubled to over $2 billion in the quarter, with sales of Coupang Eats more than tripling from the last quarter of 2020.

Coupang said its active customers, or those who have bought goods through the company at least once in the first quarter, stood at 17.02 million in the second quarter, up 26 percent from a year earlier.

Spending per one active customer came to $263 for the three-month period, up 36 percent from the same period a year earlier.

Coupang made its landmark debut on the New York stock market in March this year in an effort to expand its global presence. 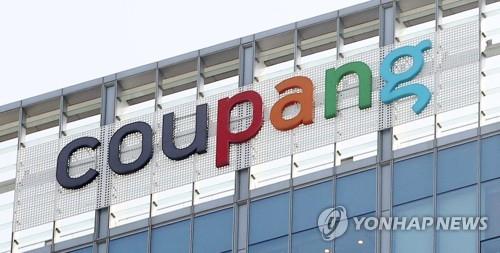