SEOUL, Aug. 12 (Yonhap) -- As the largest national football tournament got whittled down to the final four, there was little of the giant slashing that had defined the competition in earlier days. 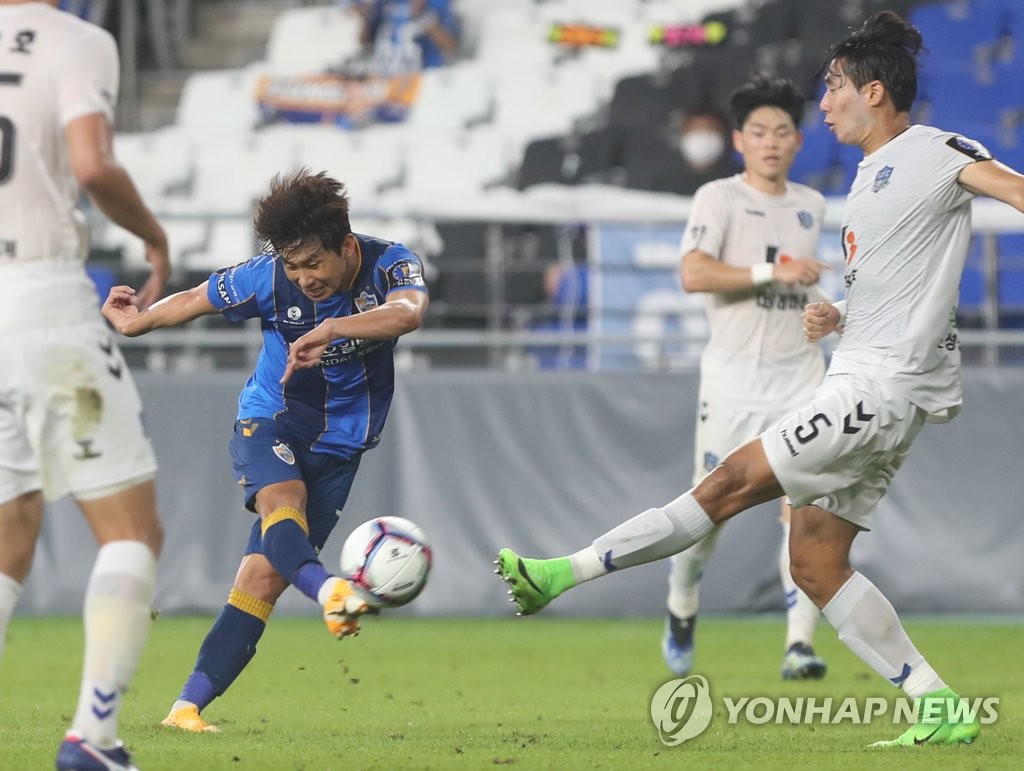 Yangju, which play out of the K3 League, had earlier stunned four-time defending K League 1 champions Jeonbuk Hyundai Motors in the round of 16.

Yun Il-lok, who signed with Ulsan last month after 1 1/2 years in France, opened the scoring in the 21st minute. Forward Kim Ji-hyun got the insurance goal in the 75th. 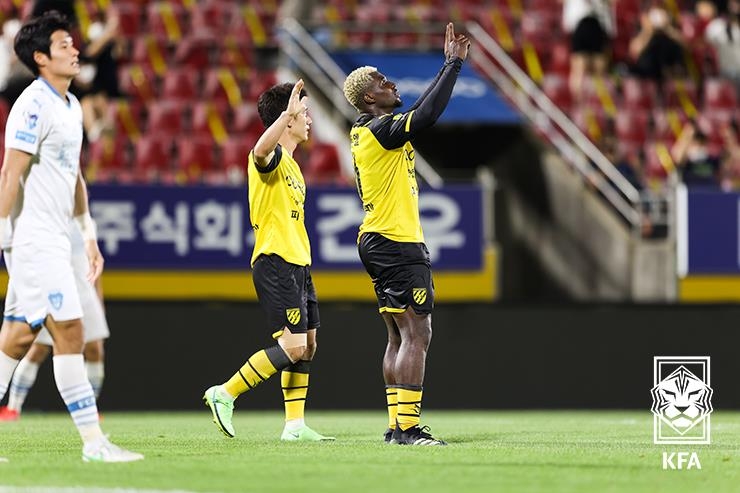 Daegu FC, another K League 1 club, rallied past the K League 2-leading Gimcheon Sangmu 2-1. Cesinha converted a penalty to tie the score at 1-1 in the 88th minute and then set up the winning goal by Kim Jin-hyuk during injury time. Daegu will be making their first FA Cup semifinals appearance since winning it all in 2018.

The only minor upset of the night came from Gwangyang, some 420 kilometers south of Seoul, where the home team Jeonnam Dragons of the K League 2 took down the K League 1 club Pohang Steelers 1-0. 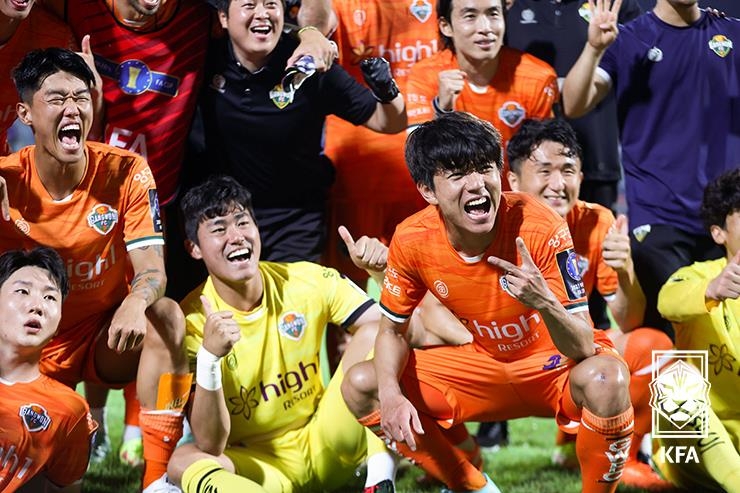 The winning goal came courtesy of Samuel Nnamani a minute into the second half.

Both of the semifinal matches will kick off at 7 p.m. on Oct. 27: Ulsan hosting Jeonnam at Munsu Football Stadium in Ulsan, 415 kilometers southeast of Seoul; and Gangwon hosting Daegu at Songam Sports Town in Chuncheon, 85 kilometers northeast of the capital. 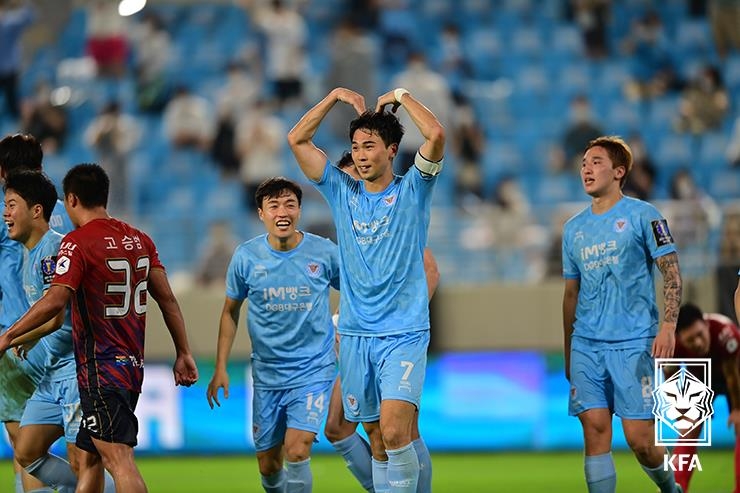 No major upset as semifinals set at nat'l football tournament

No major upset as semifinals set at nat'l football tournament