The film drew 147,304 viewers upon its debut on Wednesday, pushing two-week box office leader "Escape from Mogadishu" to No. 2, according to data compiled by the Korean Film Council.

"Sinkhole" logged the third-highest first-day score among all movies released this year, following "F9," the latest chapter in the "Fast and Furious" series, at 400,000 and Marvel Studios' "Black Widow" at 195,000.

"Sinkhole," the second disaster flick directed by Kim Ji-hoon of "The Tower" (2012), is a story about people swallowed by a massive sinkhole along with a multifamily house they tried hard to get. It stars Cha Seung-won, Kim Sung-kyun, Lee Kwang-soo and Kim Hye-jun. 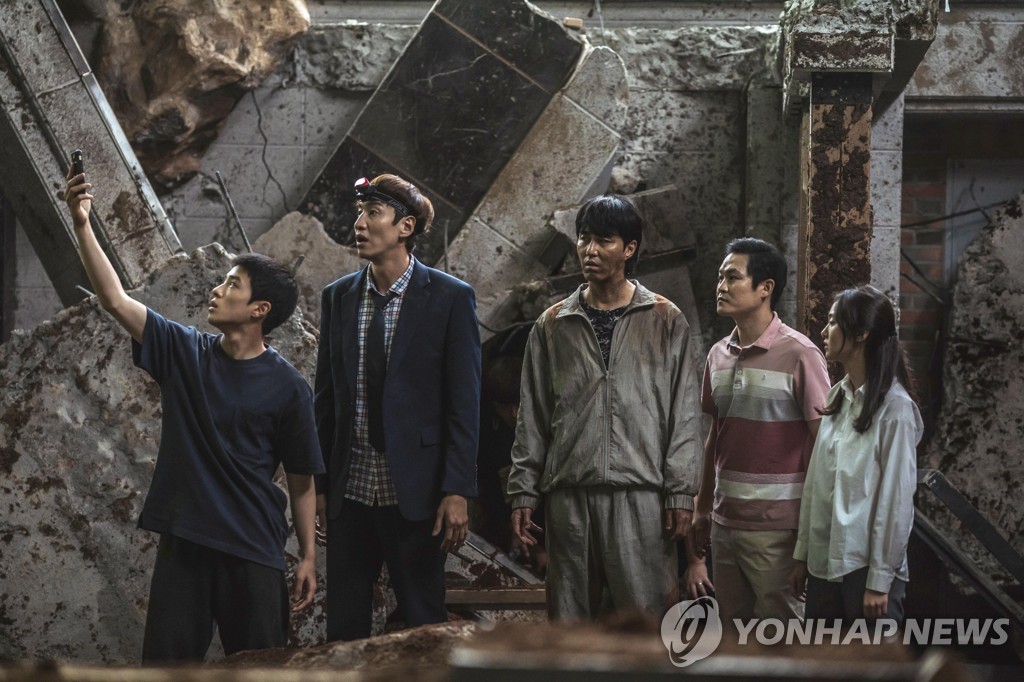 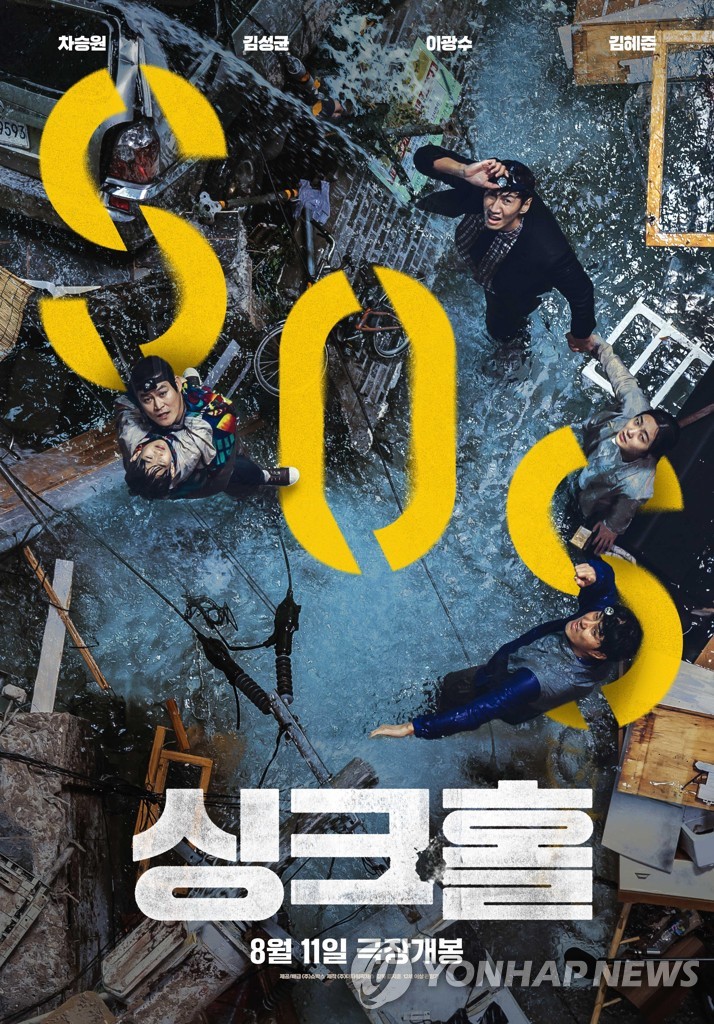