Korean Air plans to operate three flights a week on the route from Incheon to Hawaii starting in November and expand the number of flights to five in December depending on the pandemic conditions, a company spokeswoman said over the phone.

The national flag carrier made the decision as it expects outbound travel demand to improve late this year.

Inbound passengers are exempt from a mandatory 10-day quarantine in Hawaii if they submit documents that prove they tested negative for COVID-19.

Smaller rival Asiana Airlines Inc. said it does not have a plan to resume flights to the U.S. state.

South Korea has been in talks with Guam and Singapore to sign travel bubble deals in preparation for an increase in outbound travel demand as early as late this year. 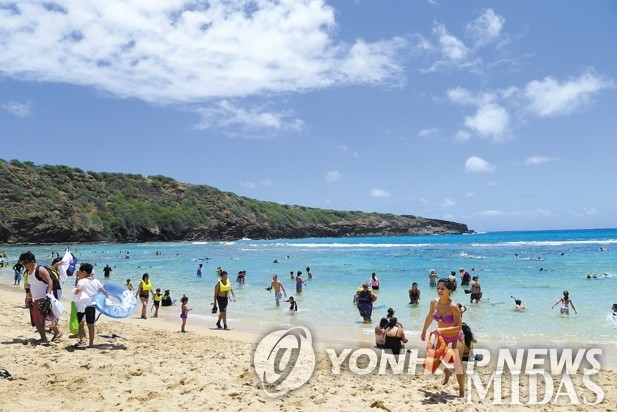 Korean Air to resume flights to Hawaii in Nov.

Korean Air to resume flights to Hawaii in Nov.