SEOUL, Aug. 11 (Yonhap) -- For reasons ranging from suspension to a personal situation to outright release after an off-field incident, the Kiwoom Heroes are currently without three starting pitchers and an outfielder.

Despite the compromised roster, the Heroes are in the thick of a postseason race in the Korea Baseball Organization (KBO), holding down the fifth and final playoff spot through Wednesday's action. 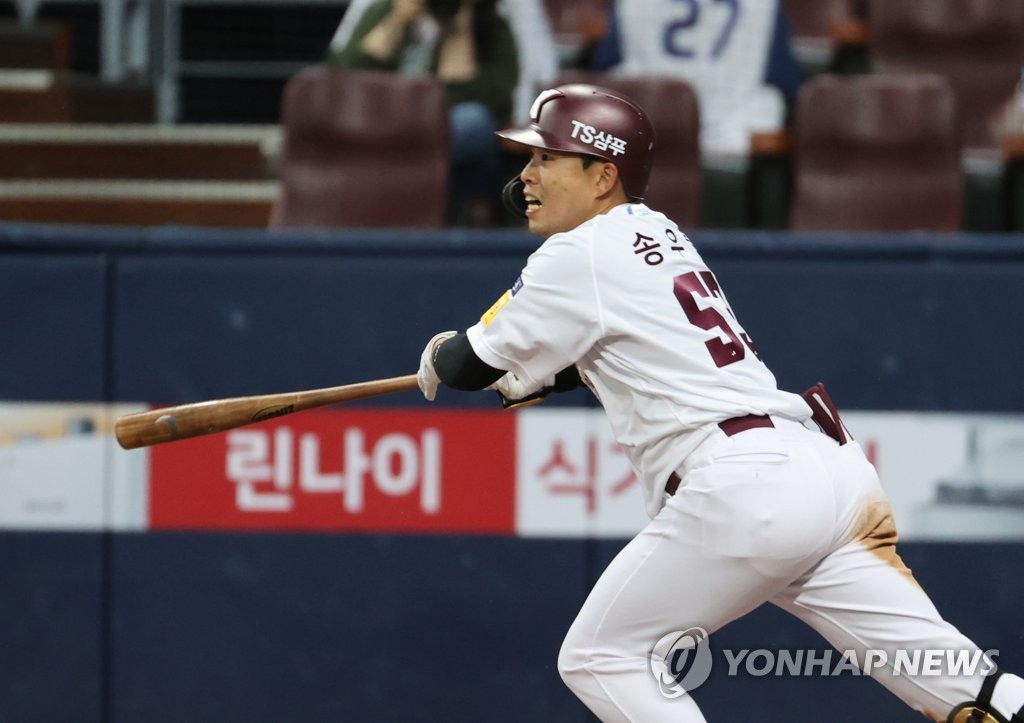 First, their rotation. Two starters, Han Hyun-hee and An Woo-jin, have been suspended for 51 games and 36 games, respectively, for violating social distancing rules. They were disciplined by both the KBO and their team for having drinks with fellow players and outside guests at a hotel in July, breaching COVID-19 health and safety rules on the size of private gatherings.

Also in July, one of the Heroes' two American starters, Jake Brigham, went home to care for his ailing wife, who is pregnant with the couple's fourth child. The season had been suspended at that point because of COVID-19 infections from multiple clubs, and a three-week Olympic break would soon follow. Even accounting for the mandatory two-week quarantine Brigham would have to serve when returning to South Korea, the Heroes figured the right-hander would be able to rejoin them without missing any games.

It has been a month since Brigham left Seoul, and there is still no word on when he will be back.

Manager Hong Won-ki is caught in an impossible situation. He can't afford to just sit back and wait for Brigham to return, as the season moves along without him. But Hong also can't push Brigham to come back quickly when the pitcher is dealing with an important family matter, lest Hong and the club be seen as callous.

Hong told reporters Tuesday that he would like Brigham to make a decision, one way or another. A team spokesman on Thursday told Yonhap News Agency that the club's scouting department has been in regular contact with the pitcher, but there isn't yet a timetable for his return. 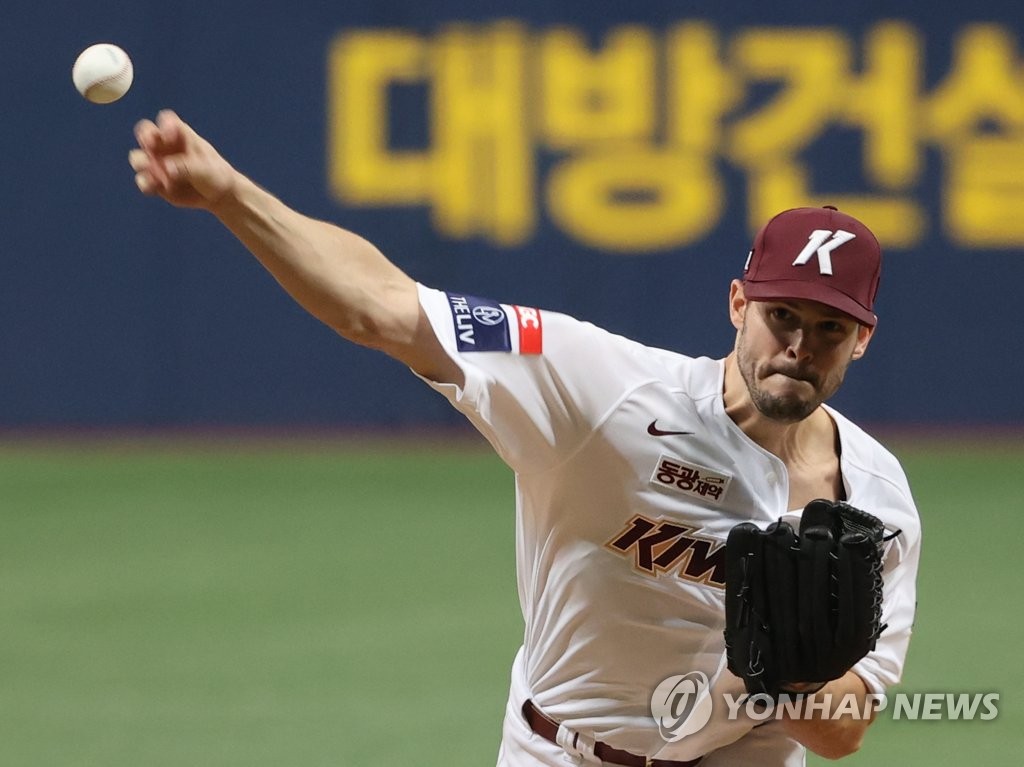 Without the services of Han and An, the Heroes can certainly use Brigham. After pitching for the Heroes over the past four seasons, Brigham opened the 2021 season in Taiwan but reunited with the Heroes in April. He has been excellent in his second tour of duty here, posting a 7-3 record and a 2.95 ERA in 10 starts.

KBO clubs can only make two roster changes involving their foreign players in a season, and the Heroes have used up their two opportunities. First, they replaced Josh A. Smith with Brigham in April, and then waived David Freitas in June before signing Will Craig in his place a few weeks later.

The Heroes were already shorthanded when they received word on Monday that outfielder Song Woo-hyun had been investigated by police on charges of driving under the influence of alcohol. The Heroes said Song, 24, reported himself to the club and that he would face further questioning from police for ramming into a tree while intoxicated behind the wheel.

Manager Hong had been particularly fond of Song, who was enjoying a solid first full season. He was batting .296/.370/.416 and ranked second on the club with 17 doubles in 69 games.

The Heroes acted quickly to cut ties with Song, even before police completed their investigation or before the KBO opened any disciplinary proceedings. 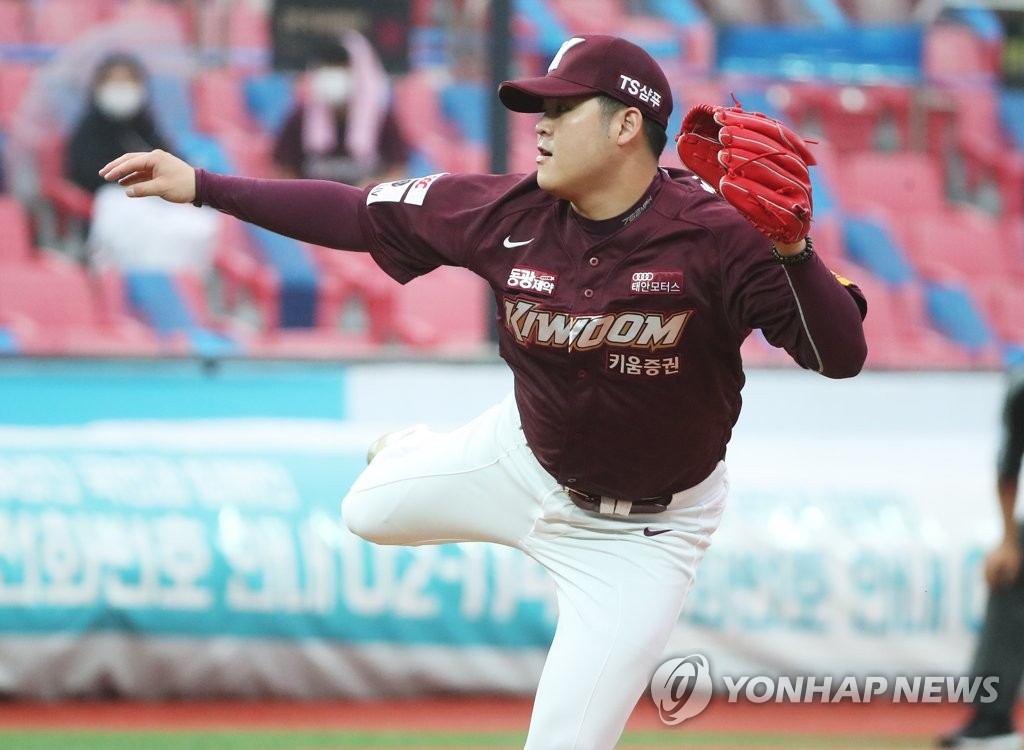 "There's no word that can describe my feelings now," Hong said Wednesday. "Song Woo-hyun had such a promising future. It breaks my heart to see him leave like this."

In light of the suspensions for Han and An, Hong had stressed to his players, in no uncertain terms, that they must never get into off-field trouble again.

"I was extremely disappointed (the DUI accident) happened," Hong said. "I have talked to the players about our responsibilities as professional athletes and public figures. We'll make sure nothing like this ever occurs again."

As if the Heroes needed more roster issues, two Kiwoom players who represented South Korea at the Tokyo Olympics will remain temporarily sidelined.

Outfielder Lee Jung-hoo complained of some discomfort with his right pinkie -- he had experienced the same issue before the Olympics -- and missed the first two games of the second half. Closer Cho Sang-woo won't be available for some time after tossing 146 pitches in six appearances at the Olympics. That's more pitches than he has ever thrown in any six-game stretch since becoming a full-time reliever in 2018.

Despite these issues, the Heroes have won two straight games to begin the second half. At 43-39, they're two games up on the NC Dinos for fifth place. The SSG Landers are in fourth at 42-38-2 (wins-losses-ties) and are only ahead of the Heroes in winning percentage, .525 to .524. 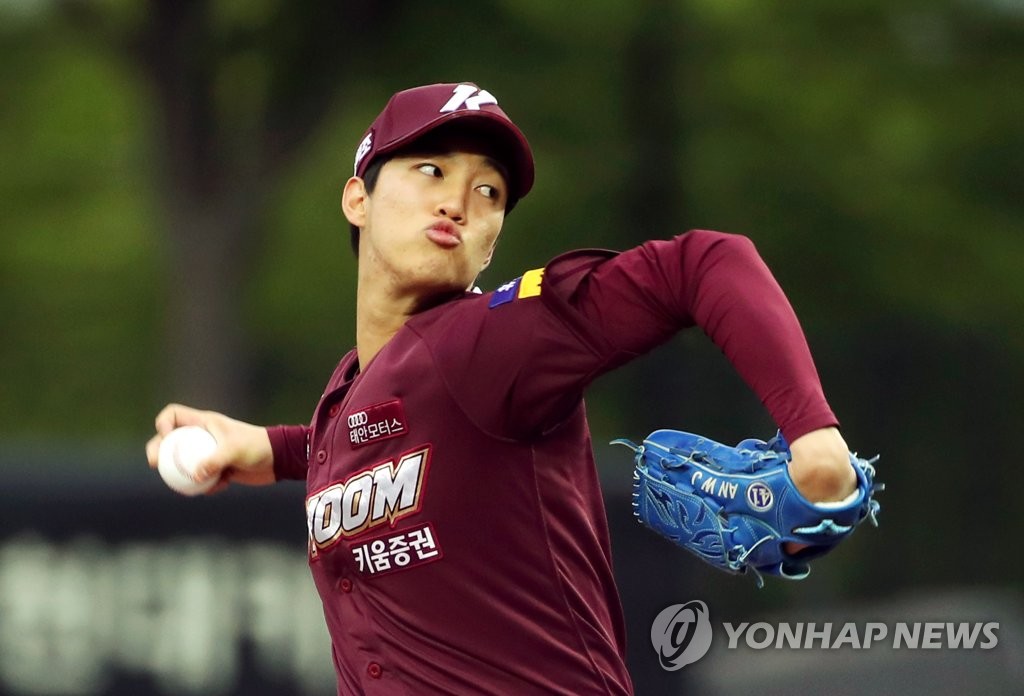