North Korean Ambassador to Moscow Sin Hong-chol made the demand in an interview with Russia's TASS as Pyongyang recently ramped up criticism of South Korea for going ahead with its summertime combined military exercise with the U.S.

"The U.S. should primarily pull out its aggressive troops and military hardware deployed in South Korea to achieve peace on the Korean Peninsula," he said in the interview.

Sin added that the main reason for the "periodical exacerbation of the situation" on the peninsula will never disappear as long as U.S. troops are based in Seoul.

He stressed that the North will treat the U.S. on the principle of "force for force" and "good for good," saying that it is necessary for Pyongyang to strengthen forces that can deter foreign threats.

The envoy also said Washington's decision to carry out its joint military exercise with South Korea shows its unwillingness to use diplomacy to address issues on the peninsula.

He then called the joint drills "a war rehearsal" and training for "a preventive strike" against the North irrespective of their scale and form.

Seoul and Washington on Tuesday kicked off a preliminary four-day training session ahead of next week's main summertime drills despite the North's earlier warning that the maneuvers will cast a cloud over inter-Korean relations.

North Korea slammed South Korea and the U.S. over the exercise, vowing to strengthen its preemptive strike capability and saying that such drills will risk a serious security crisis for the allies every minute. 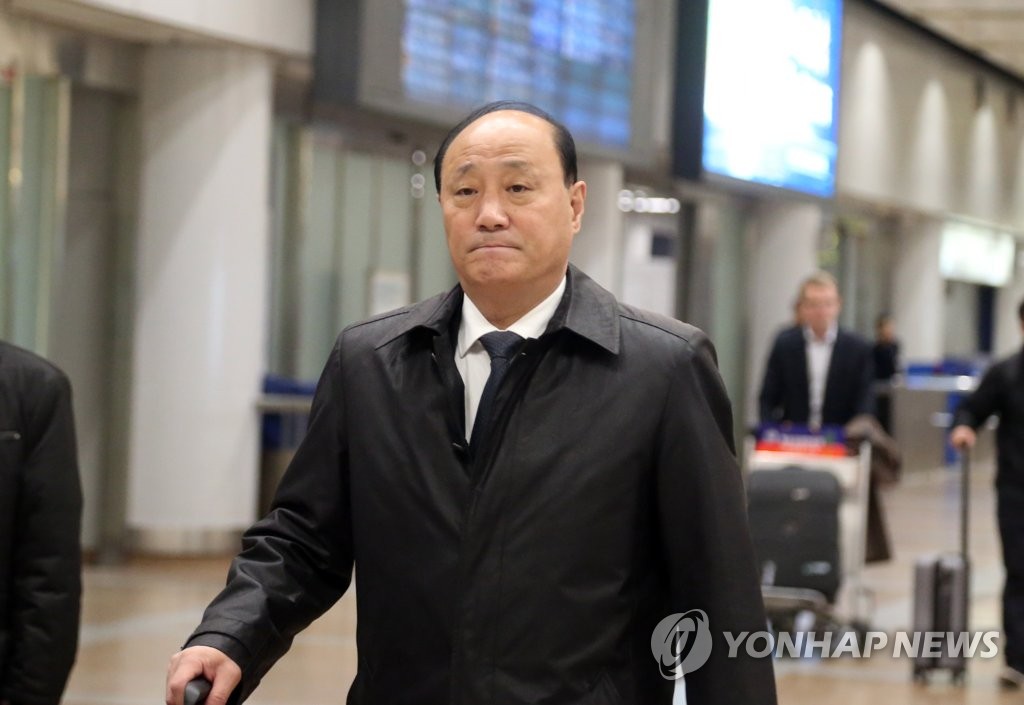