The HMS Artful submarine docked at the port of the Naval Operations Command in Busan early Wednesday ahead of the aircraft carrier's port call later this month, naval officials said.

The submarine plans to examine its equipment and load munitions. Its crewmembers are taking COVID-19 tests, they said. 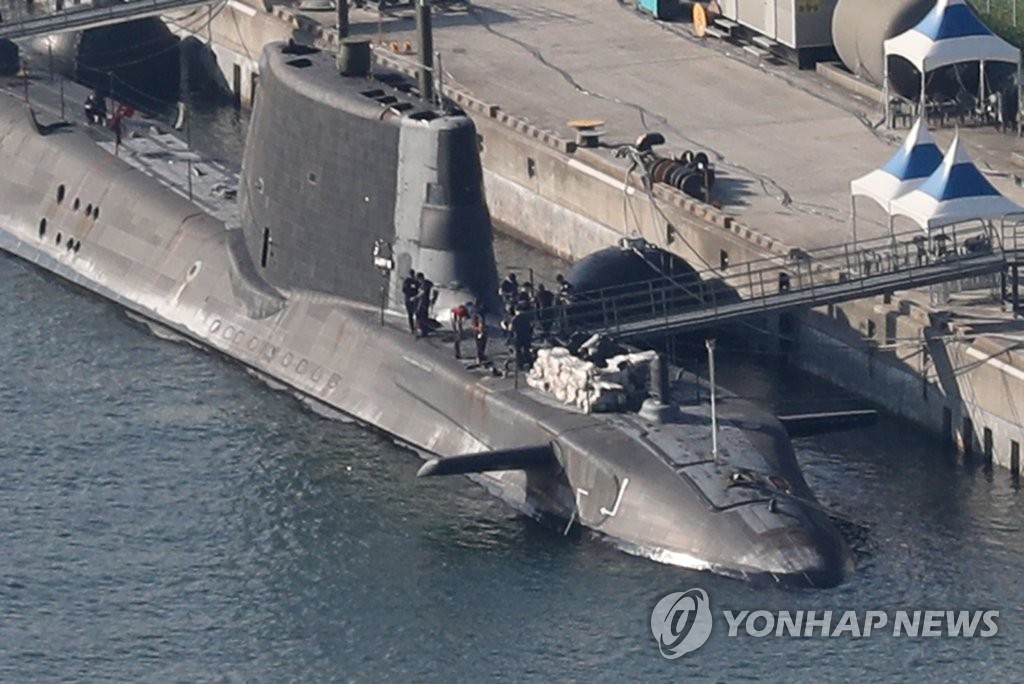 The 64,000-ton Queen Elizabeth and its strike group embarked on a seven-month world tour in May.

As part of Britain's efforts to boost its involvement in the Asia-Pacific region, the fleet has conducted joint exercises with India and Singapore and made a port call to the Pacific island of Guam. After visiting Busan, the aircraft carrier is scheduled to travel to Japan in September.

North Korea last week slammed the carrier group's deployment as a provocation that would escalate tensions in the Asia-Pacific.
(END)