The WT's election committee unveiled the list of candidates for its virtual elections scheduled for Oct. 11. Choue, who has been at the helm since 2004, will be the sole candidate standing as president.

According to the Seoul-based WT, 40 candidates from five continents will vie for 17 council member positions, while two candidates will run for one auditor position. 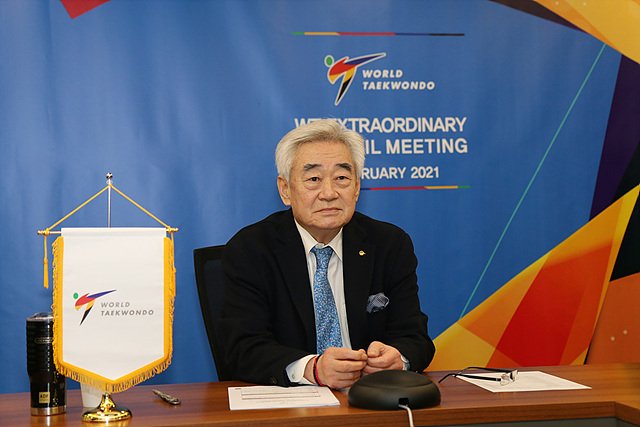 The WT had initially planned to hold these elections prior to the world championships in Wuxi, China, in October. But the competition was postponed to next year due to effects of the novel coronavirus pandemic, and the WT decided to hold elections virtually.

Choue, 73, replaced then President Kim Un-yong in June 2004 to complete the remainder of Kim's term following his arrest for embezzlement and bribery allegations. Choue was then reelected in 2005 for a full, four-year mandate and won the next three elections in 2009, 2013 and 2017.

Taekwondo, the traditional Korean martial art, has undergone several rule changes designed to help the sport become more entertaining. Headgear and chest protectors with electronic sensors have been introduced, and an octagon-shaped mat is now being used at the Olympics to reduce blind spots for referees and ensure more accurate judging.