The Korea Society, a nonprofit organization established to promote Korea-U.S. relations, has annually given the Van Fleet Award since 1992 to individuals and organizations that helped strengthen the bilateral ties.

The organization said it will deliver the award to the companies in New York on Oct. 19.

LG Corp. is the holding company of South Korea's battery-to-electronics conglomerate LG Group which has LG Chem Ltd. and LG Energy Solution Ltd. as affiliates under its wing.

Ultium Cells will build a battery cell plant on land leased from GM, and the plant is scheduled to open in late 2023. Once operational, the facility will supply battery cells to GM's Spring Hill assembly plant, according to the Detroit carmaker.

In May, the Korea Chamber of Commerce and Industry (KCCI), the country's leading business lobby group, became the first Korean organization to earn the award. KCCI Chairman Park Yong-maan garnered the award for the second time as he was awarded the same prize in 2014. 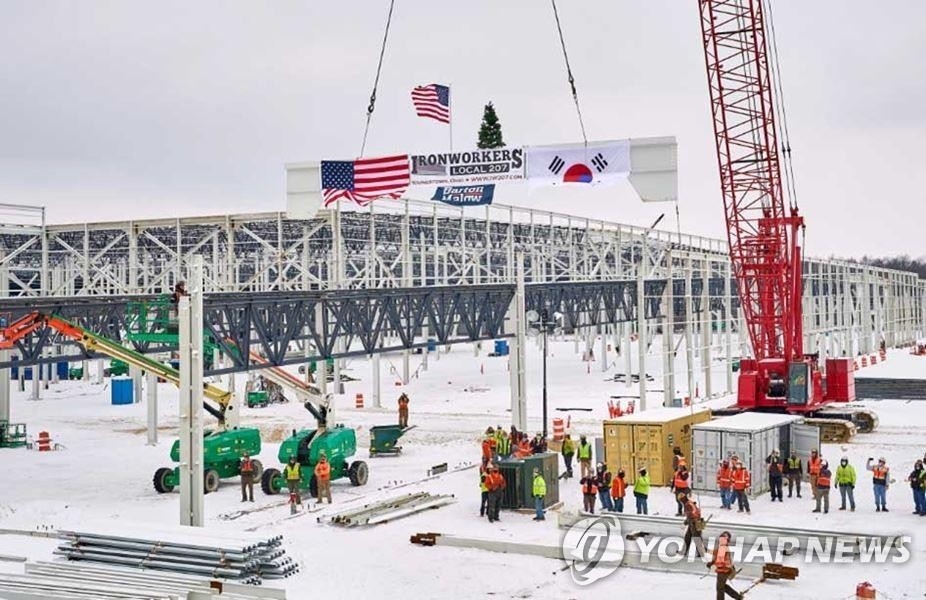