SEOUL, Aug. 12 (Yonhap) -- President Moon Jae-in said Thursday his liberal administration's policy of lowering medical costs for South Koreans has been successful so far despite a controversy in its initial stage over fiscal soundness.

He pledged to accelerate efforts to further broaden national health insurance coverage during a Cheong Wa Dae event to commemorate the fourth year since the introduction of the so-called Moon Jae-in care, or Mooncare.

The initiative is meant to expand the coverage of the state-run health insurance system, especially for the underprivileged, children and the elderly.

"When we came up with the policy four years ago, the voice of worries about the fiscal deficit of health insurance was not small," he said.

The government, however, has stably managed the related finance while sharply expanding health care coverage, he added. 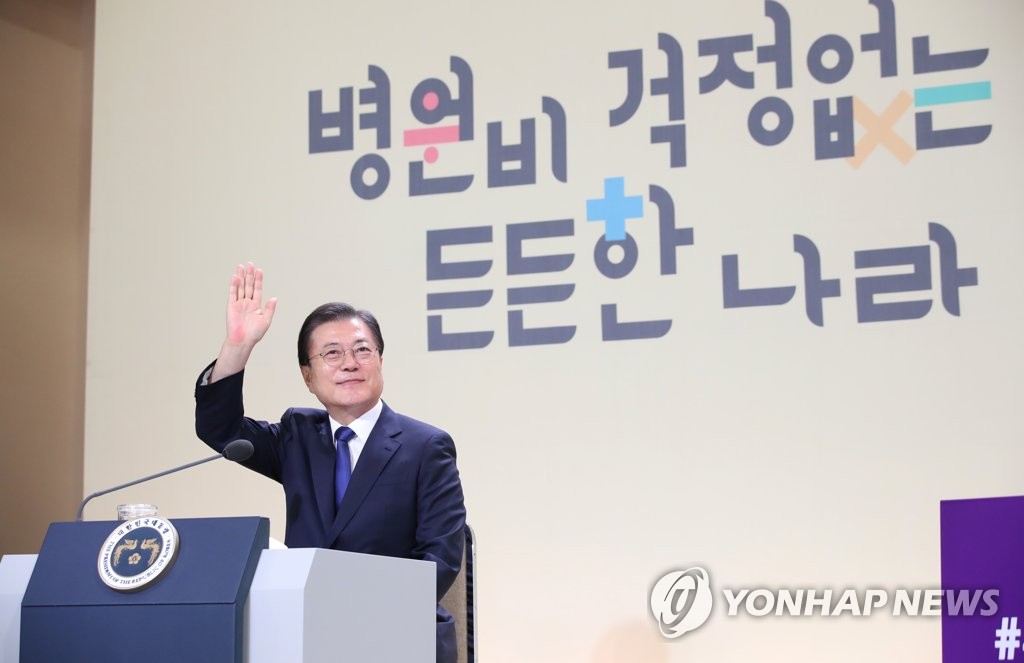 Under Mooncare, 37 million people have saved a total of 9.2 trillion won (US$7.9 billion) in medical costs. As of the end of 2020, the government had 17.4 trillion won in health insurance reserves, far more than the 10 trillion won targeted by the end of 2022, according to the president.

He pointed out that the country's robust health insurance system has played the role of a "last defender" in the fight against the COVID-19 pandemic.

Meanwhile, the main opposition People Power Party accused Moon of being engrossed in "self-praising" at a time when the people are in agony due to the prolonged coronavirus crisis.

The party's floor leader Kim Gi-hyeon argued in public that the "incompetent" Moon administration has put the people's lives and safety in danger, especially by failing to secure COVID-19 vaccines swiftly. 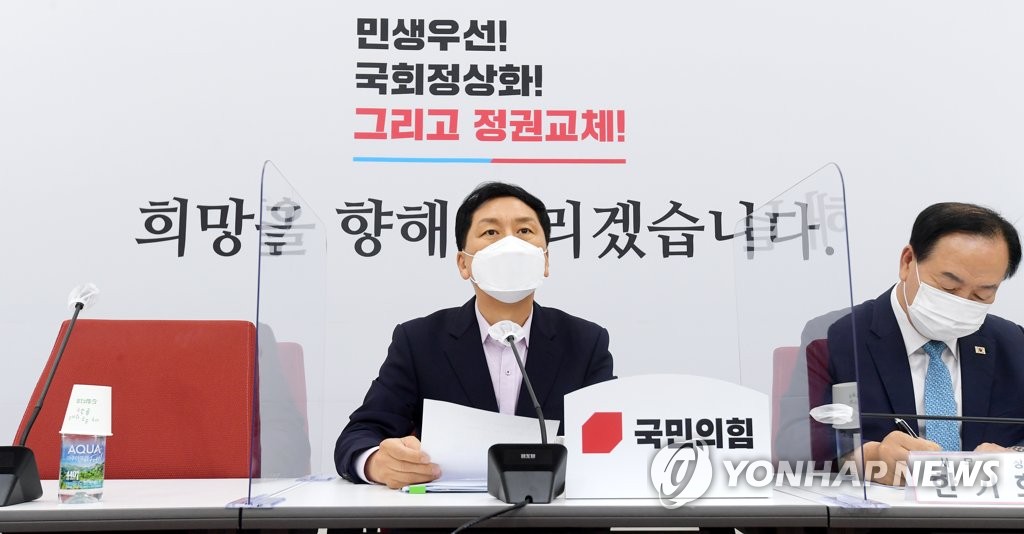