SEOUL, Aug. 12 (Yonhap) -- Distribution rights to South Korean action blockbuster "Escape from Mogadishu" have been sold to 50 countries across the world, including the United States, Germany, Belgium and Japan, its local distributor said Thursday.

Distributors in Hong Kong and Singapore are working to release the movie next month, while those in other countries have yet to set an exact opening date due to uncertainty over the new coronavirus pandemic, according to Lotte Entertainment. 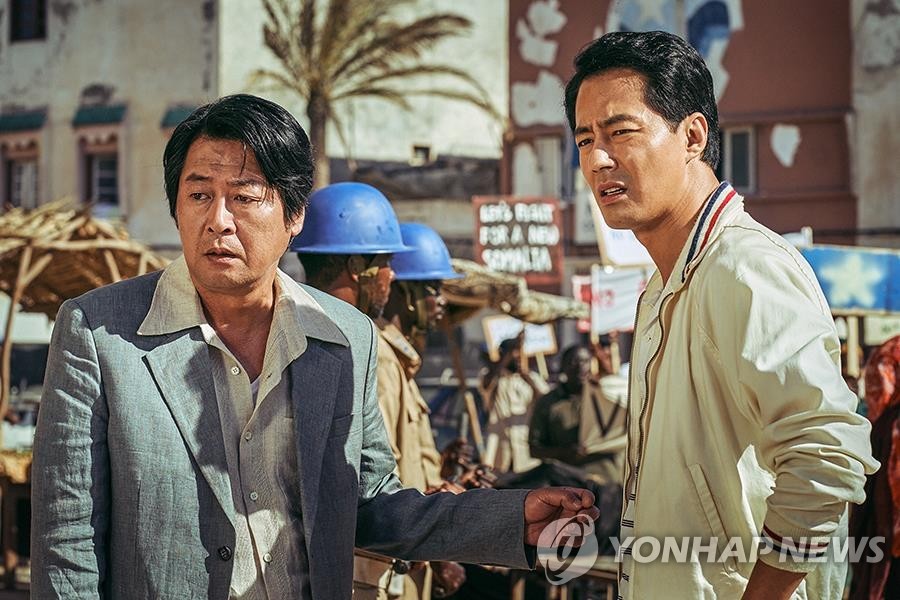 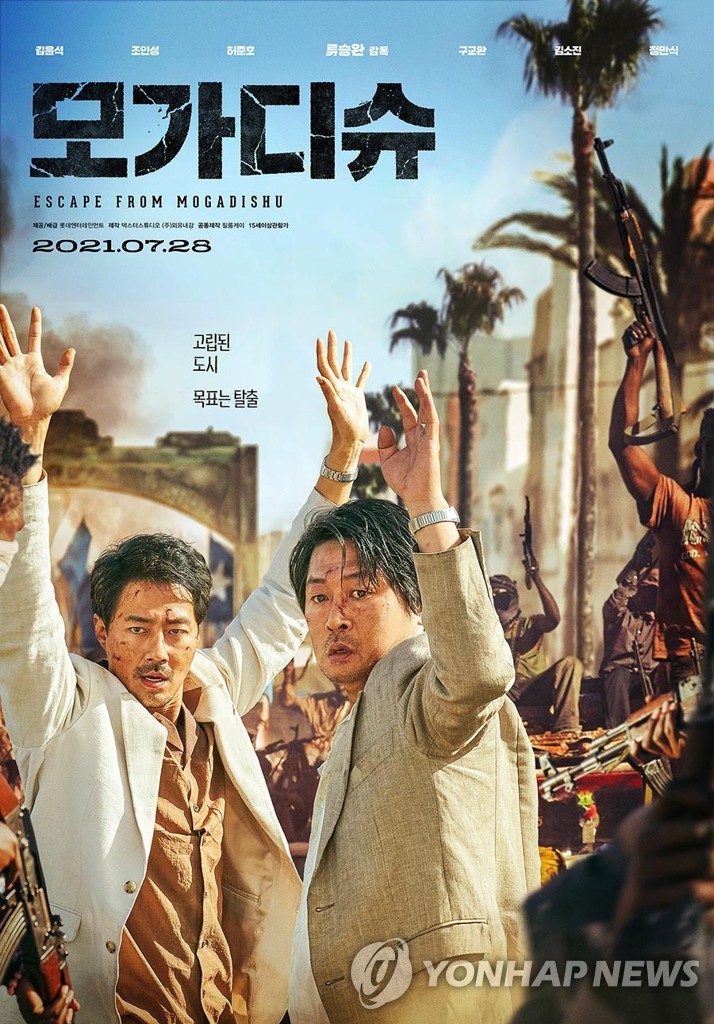 Based on the true story of the life-and-death escape by diplomats in the South and North Korean missions in the capital city of Somalia during the 1991 civil war, "Mogadishu" already hit the screens in North America last Friday.

"This propulsive and intelligently written South Korean adventure thriller casts partisan politics aside and celebrates what can be achieved when adversaries come together," Variety wrote.

The Houston Chronicle called the movie "one of the best action films of the summer," saying it features a "final, nerve-rattling drive to potential salvation" while "not neglecting the human stories at their heart."

The film has opened in a limited capacity at 42 North American theaters, but other theaters have additionally asked to screen the movie, Lotte Entertainment said.

British film magazine Screen Daily reported earlier this week that "Mogadishu" ranked fifth at the global box office over the Friday-Sunday period with an estimated US$9.5 million in sales, but Lotte said it actually earned less than half of that, or US$4.2 million.

In Korea, the tentpole film has attracted over 1.9 million moviegoers since its release on July 28, becoming the most-viewed homegrown film to date this year, according to data from the Korean Film Council.

The movie was directed by Ryoo Seung-wan, and stars Kim Yun-seok and Zo In-sung.