During the field inspection, he discussed the issue of ensuring relevant authorities' "on-the-spot operation and command" to guide the recovery efforts and taking urgent measures to minimize damage to crops, the KCNA said.

He also called on the provincial officials to pay the utmost attention to the living conditions of the people in the disaster-hit areas, saying prioritizing them is the "Party Central Committee's intention."

The KCNA did not specify an exact date, but he appears to have visited the areas a day earlier.

The Rodong Sinmun, the official newspaper of the North's ruling party, also said the military troops dispatched to the areas arrived early in the morning to help with the recovery efforts.

Last week, North Korean leader Kim Jong-un ordered full state support for recovery efforts in the province as the country convened an emergency meeting of the provincial military commission to come up with recovery plans. 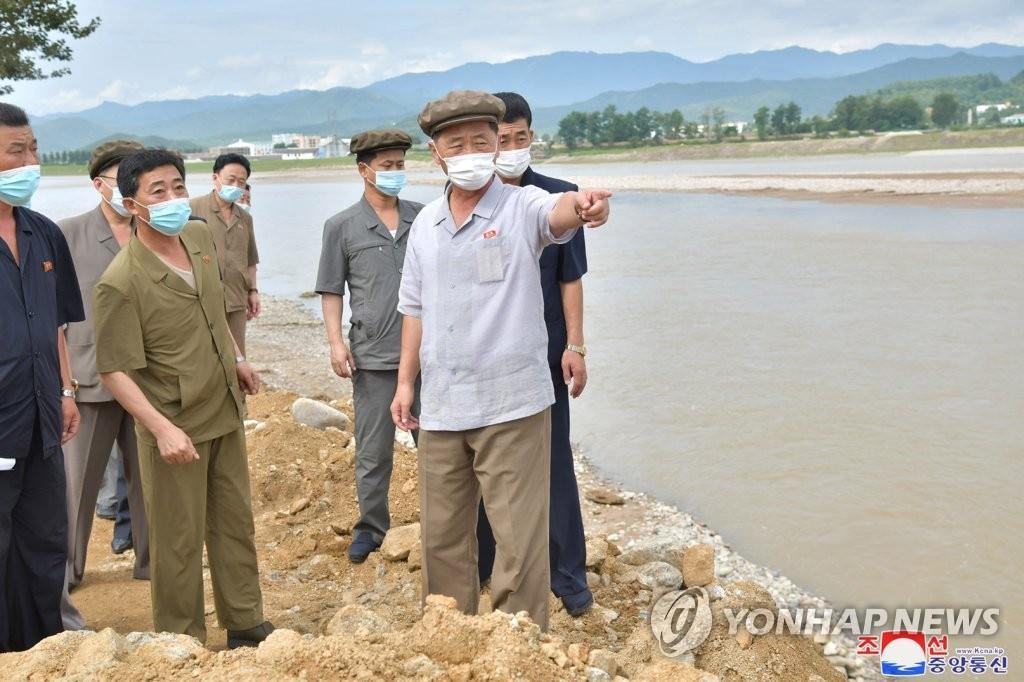