SEOUL, Aug. 12 (Yonhap) -- Unionized Korean workers for U.S. Forces Korea (USFK) protested Thursday that the American military has been reducing the size of the regular Korean workforce and hiring more irregular workers instead.

The union held a press conference outside the National Assembly to demand a series of improvements to the workers' employment conditions, including job security and the direct hiring of subcontracted workers.

"USFK's reduction of regular Korean workers and hiring of irregular subcontracted workers should not be tolerated," a union leader said, claiming the U.S. military has outsourced the maintenance of heavy equipment, which was previously done by regular Korean employees, among other jobs.

The union also demanded that the Status of Forces Agreement (SOFA), which governs the legal status of the 28,500 American troops stationed here, be revised to meet its requests for a 1 percent salary increase and other improvements to working conditions.

Around 4,000 Koreans are currently employed by USFK to provide administrative, health, transportation, communications and cleaning services.

Last year, the workers were furloughed for over two months amid an impasse in negotiations between Seoul and Washington over a new defense cost-sharing agreement. 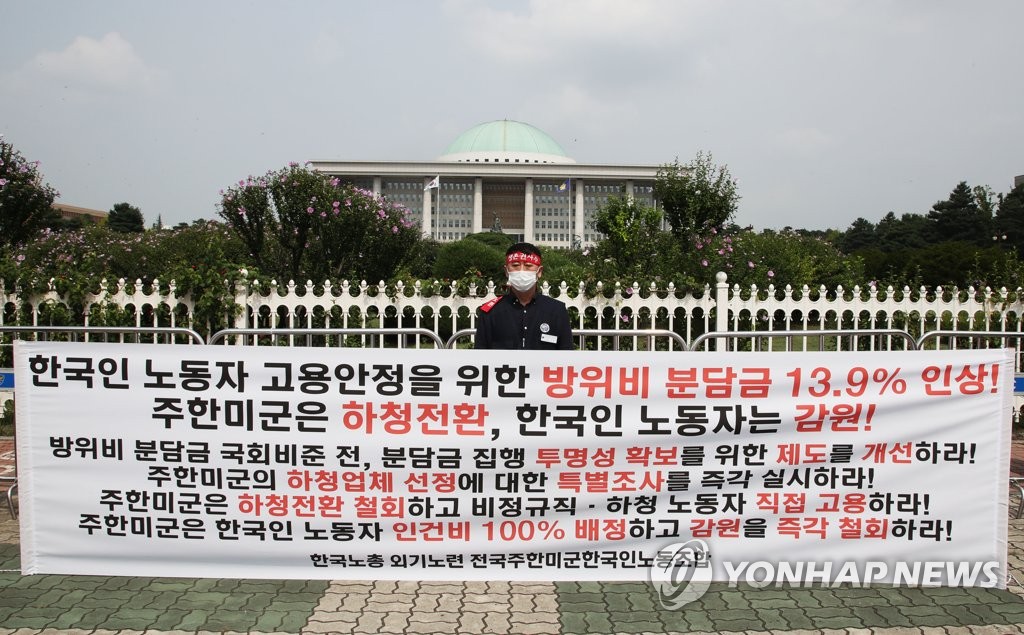