The management and the union inked the collective agreement at the company's plant in Yongin, south of Seoul, after nine months of negotiations. The two sides last month reached a tentative deal, which was later approved by a majority of unionized workers in a vote.

In August 2020, four labor unions at the tech giant formed one joint collective bargaining group and requested negotiations for a collective agreement.

The agreement consists of 95 clauses covering rights of the union and terms of other labor-related issues. 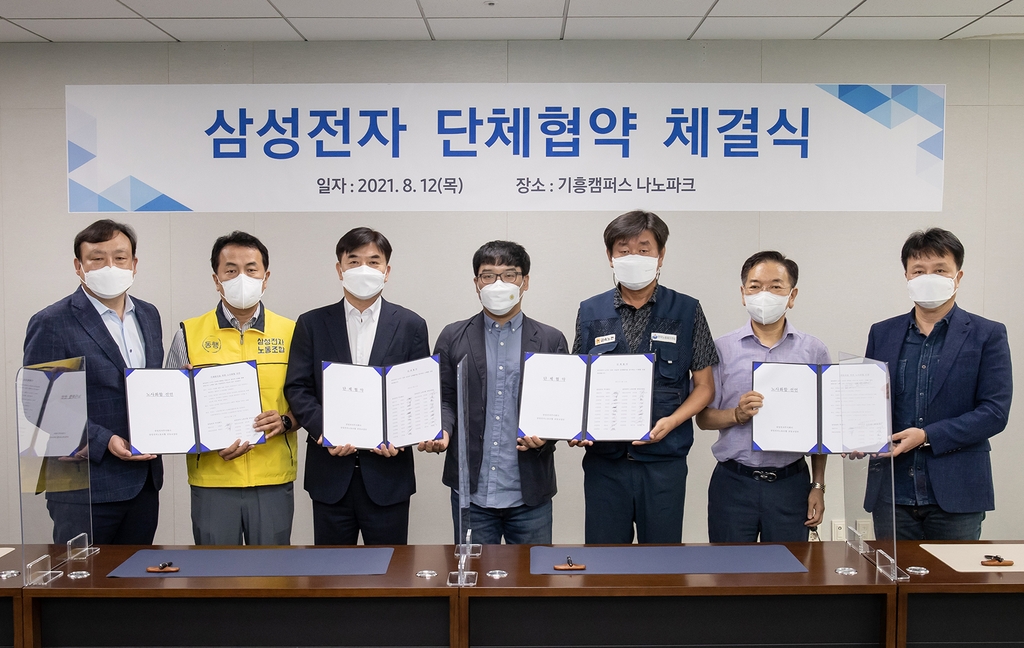 The agreement signals a big step forward in Samsung's commitment to making a healthy and future-oriented labor-management culture after Lee announced in May 2020 that he would abolish the group's long-standing practice of operating without a bargaining unit made up of its employees.

Samsung had disallowed labor unions for decades and some of its executives were convicted for union sabotaging activities in the past.

The collective agreement from South Korea's biggest firm came one day before Lee's scheduled jail release on parole. The Samsung Electronics Vice Chairman has been serving prison time since January in a retrial of a bribery case involving former President Park Geun-hye.

Meanwhile, of the group's five electronics affiliates, Samsung Display Co. was the first one to ink the collective agreement in January. Samsung SDI Co. sealed the agreement with its union on Tuesday.