SEOUL, Aug. 12 (Yonhap) -- Seungri, the disgraced former member of K-pop boy band BIGBANG, was sentenced to a three-year prison term by a military court on Thursday on multiple charges, including prostitution mediation and overseas gambling.

The Army's general military court in Yongin, south of Seoul, also ordered the immediate detention of the scandal-ridden celebrity, a 31-year-old whose real name is Lee Seung-hyun.

Seungri has been on trial at the military court because he enlisted in the Army in March last year following his indictment in January that year on numerous charges, which also include operation of an unlicensed adult entertainment establishment and embezzlement. 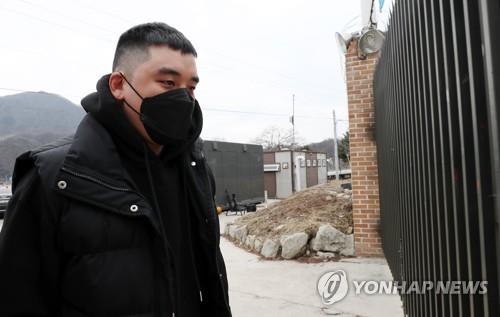