This year, the annual awards show will be held at Barclays Center in Brooklyn, New York, on Sept. 12 and aired live on MTV, according to its website.

In addition to "Song of the Year," the South Korean septet has been nominated for "Best Pop," "Best K-pop," "Best Choreography" and "Best Editing." "Dynamite," which was released in August 2020, will compete against five other nominees for "Song of the Year," including "Mood" by 24kGoldn, featuring Iann Dior; "Leave the Door Open" by Silk Sonic, a collaboration between Bruno Mars and Anderson .Paak; and "WAP" by Cardi B, featuring Megan Thee Stallion.

The band's four other nominations this year are for "Butter," a summery disco-pop song released in late May.

The other contestants for "Best K-pop" are (G)I-DLE for "Dumdi Dumdi", BLACKPINK and Selena Gomez for "Ice Cream", Monsta X for "Gambler," Seventeen for "Ready to love" and Twice for "Alcohol-Free."

MTV said the nominations for "Best Group" and "Song of Summer" will be announced at a later date. 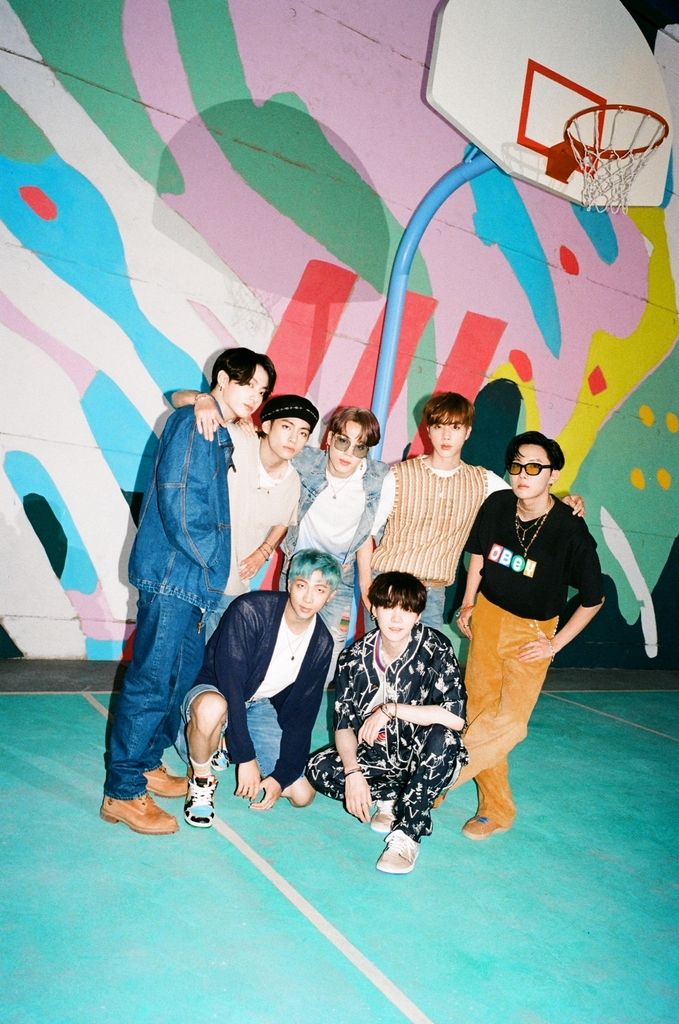