SEOUL, Aug. 13 (Yonhap) -- South Korea's new coronavirus infections stayed at around 2,000 for the third day in a row Friday amid worries that the daily caseload may stay above the threshold due to the spread of the highly contagious delta variant and a potential increase in activities over the weekend.

The country added 1,990 COVID-19 cases, including 1,913 local infections, raising the total caseload to 220,182, according to the Korea Disease Control and Prevention Agency (KDCA).

The daily cases on Friday were up three from 1,987 on Thursday. The country added six more deaths from COVID-19, raising the death toll to 2,144.

The daily caseload surpassed the 2,000 mark for the first time Wednesday since the outbreak of COVID-19 infections in the country in January last year. It reached a new high of 2,223 on Wednesday and has stayed above 1,000 for 38 days.

As of 9 p.m., health authorities and local governments reported 1,750 new cases, down 101 from the same time a day earlier. Daily new cases are counted until midnight and announced the following morning. 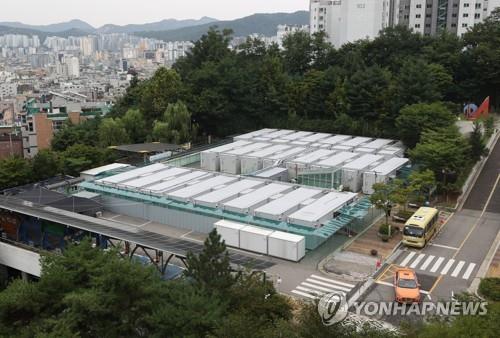 Health authorities urged citizens to stay home during the Liberation holiday from Saturday to Monday to contain the fast spread of the virus. Liberation Day falls on Sunday, which marks Korea's liberation from Japan's 1910-1945 colonial rule.

The authorities have begun to review more enhanced measures to control the spread of the virus ahead of the start of the second semester at schools later this month.

The country's fourth wave of the pandemic has been raging across the country despite its toughest distancing measures for more than a month, while the vaccination faced a setback, mainly due to problems in securing vaccines on time.

A government delegation left for the United States on Friday to discuss ways to resolve a delayed supply of vaccines from the U.S. firm Moderna.

Moderna has notified the government that its supply of 8.5 million doses of its vaccine for August will be cut to less than half of that.

As part of its efforts to brush off woes over vaccine shortages and secure enough vaccines, the authorities announced its vaccine supply plan.

A total of 400,000 doses of Johnson & Johnson's Janssen COVID-19 vaccines provided by the U.S. government are slated to arrive here Sunday.

Since the country launched its vaccination program in late February, 21.98 million people, or 42.8 percent of the country's 51.34 million population, have received their first shots of COVID-19 vaccines.

Around 17.4 percent, or 8.93 million people, have been fully vaccinated, according to KDCA data.

The country aims to administer at least one shot to 36 million people, or 70 percent of its population, by September with hopes of reaching herd immunity in November.

About 8.2 million people aged 60-74 who have received their first vaccine shots in May and June started to be inoculated with the second jabs Thursday, the authorities said.

As of midnight Friday, 2.9 million people had made reservations for vaccine jabs, representing 60.4 percent of the 4.8 million people in the age group, it said. 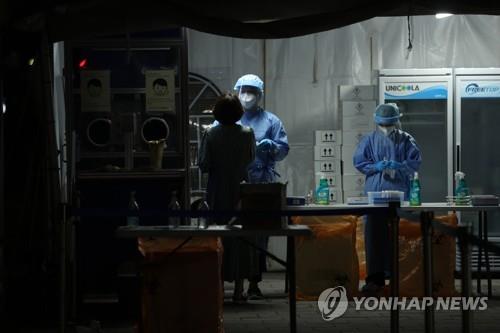 Of the locally transmitted cases, 504 were reported in Seoul, 527 in the surrounding Gyeonggi Province and 94 in the western port city of Incheon.

The greater Seoul area, the epicenter of the latest wave of the outbreak, and Busan have been under Level 4 distancing measures, the highest in the country's four-tier system, with most other areas under Level 3.

There were 77 cases from overseas arrivals, including 28 South Korean nationals.

The total number of people released from quarantine after making full recoveries was 192,248, up 1,713 from a day earlier.