SEOUL, Aug. 13 (Yonhap) -- Prime Minister Kim Boo-kyum on Friday urged people in South Korea to refrain from traveling or meeting in groups during the upcoming Liberation Day holiday season, as the nation struggles to contain the fourth wave of the COVID-19 pandemic. 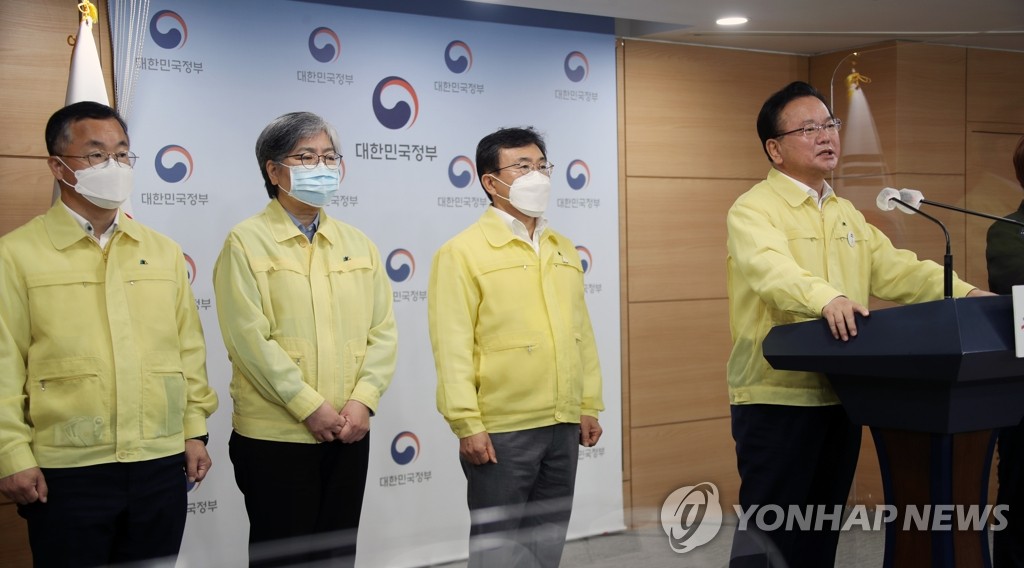 Monday was designated as an alternative holiday for Liberation Day, which falls on Sunday this year.

On Friday, South Korea reported 1,990 new daily virus cases, fueling concerns that daily caseloads may continue to hover around 2,000 due to the fast spread of the highly contagious delta variant and a potential increase in activities over the weekend.

"The delta variant has already become the dominant type (of COVID-19 cases) domestically, with 3 out of 4 cases found to be of the variant," Kim said, adding that even the planned reopening of schools in the fall semester could be affected due to the worsening pandemic situation.

Kim also warned that the government will take stern measures against illegal street rallies, saying, "No freedom or rights can precede the protection of people's safety and lives."

Law-enforcement authorities are on high alert as some local activist groups plan to hold large anti-government demonstrations on the occasion of Liberation Day. They include a hard-line group led by Jun Kwang-hoon, a pastor who organized a massive street rally in the central Seoul district of Gwanghwamun during last year's Liberation Day. The government reported a number of coronavirus infections linked with the rally.

The prime minister also announced that the country is scheduled to receive 400,000 doses of Johnson & Johnson vaccines from the United States over the weekend, while apologizing for the setback in the government's vaccination campaign caused by a supply issue regarding U.S. drug manufacturer Moderna.

He stated that the government will mobilize all available resources to achieve the goal to inoculate 70 percent of the country with their first jabs before the Chuseok fall harvest holiday next month.

Kim also asked companies to comply with remote work guidelines in accordance with state and local social distancing rules, and urged vacationers to undergo mandatory tests before returning to work.