The vice chairman of Samsung Electronics Co. offered a public apology, leaving the Seoul Detention Center in Uiwang, 25 kilometers south of Seoul, where his supporters, as well as protestors, had been waiting for the tycoon to come out.

"I apologize for causing people great concern," Lee said, briefly speaking to reporters. "I am well aware of those concerns, criticisms and expectations of me." 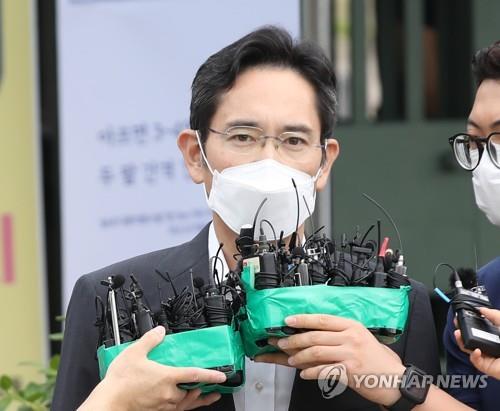 He was among 810 inmates who were granted parole by the Ministry of Justice in celebration of the Aug. 15 Liberation Day.

Some activists strongly complained about Lee's early release, which they said showed excessive leniency toward him for his corruption.

"The Moon Jae-in government conceded (by releasing Lee) that chaebol stay above the law," a labor activist associated with the Korean Confederation of Trade Unions said outside the detention center.

Another protestor said, "I wonder what President Moon is thinking to see the release of Lee" who was embroiled in the abuse of power and corruption scandal that brought down former President Park Geun-hye, Moon's immediate predecessor, who was impeached and removed from office over corruption.

At the same time, Lee's supporters waved signs that said "We support your efforts for economic development," and "Please help build the world's best business."

Lee had been serving time since he was sentenced to 2 1/2 years in prison by the Seoul High Court on Jan. 18 in a retrial of a bribery case involving former President Park.

He was seen arriving at the Samsung headquarters in southern Seoul at around 11 a.m. 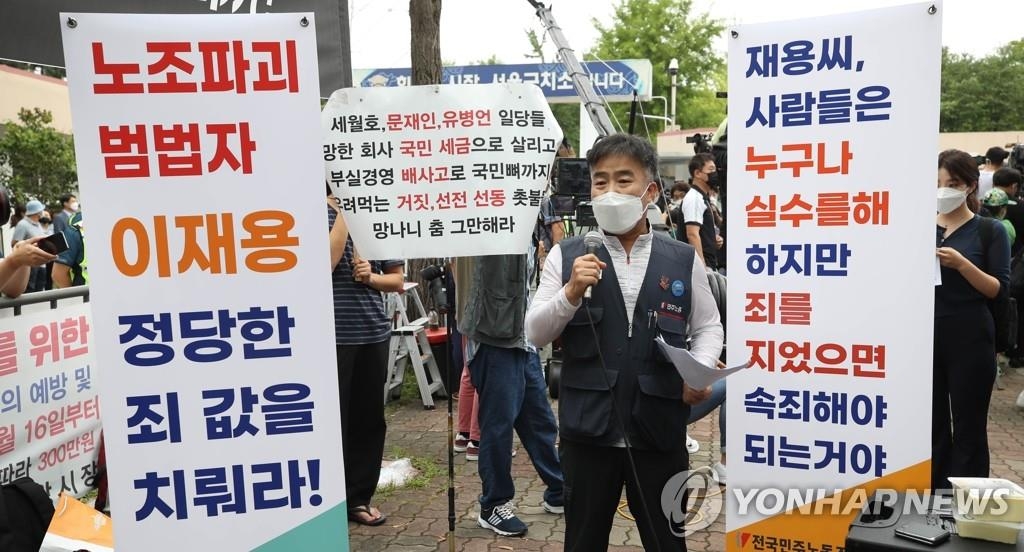 A grandson of Samsung founder Lee Byung-chul, Lee has been running the conglomerate since his father, Lee Kun-hee, suffered a stroke and became bedridden in 2014. Lee Kun-hee died in October. 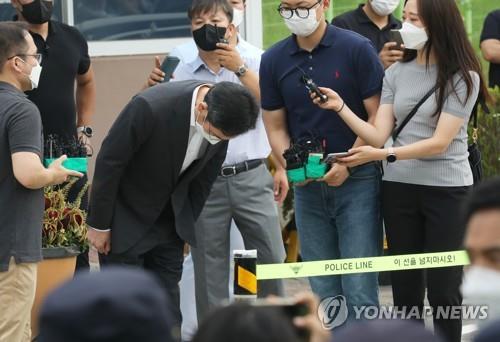 Earlier this week, the ministry said it considered "the country's economic situation and the conditions of the global economy amid the prolonged COVID-19 pandemic," as well as "social sentiment, and (the prisoner's) behavior and attitude" as factors behind the decision.

Lee should abide by parole conditions, such as reporting to the parole office in advance if he plans to move his residence or leave the country for more than a month, among other things.

He is also banned from returning to work at Samsung for five years under the Act on the Aggravated Punishment of Specific Economic Crimes. The ministry did not lift the restriction.

He is also on separate trial over the controversial merger of two Samsung affiliates and the vice chairman's allegedly illegal use of propofol, an anesthesia-inducing medication.