It is the first of three 3,000-ton-class Changbogo-III Batch-I submarines that South Korea plans to build by 2023 with its own technologies under a 3.09 trillion won (US$2.7 billion) project launched in 2007.

The latest submarine was domestically designed with 76 percent of its component parts locally made.

The 83.5-meter-long and 9.6-meter-wide submarine can carry 50 crewmembers and is capable of firing submarine-to-ground ballistic missiles with six vertical launching tubes. It can operate underwater for 20 days without surfacing, officials said.

The Navy said the Dosan Ahn Chang-ho will be deployed by August next year after yearlong evaluations.

"After the deployment, the submarine will take an active role as the country's strategic weapons system against threats," the Navy said in a release. 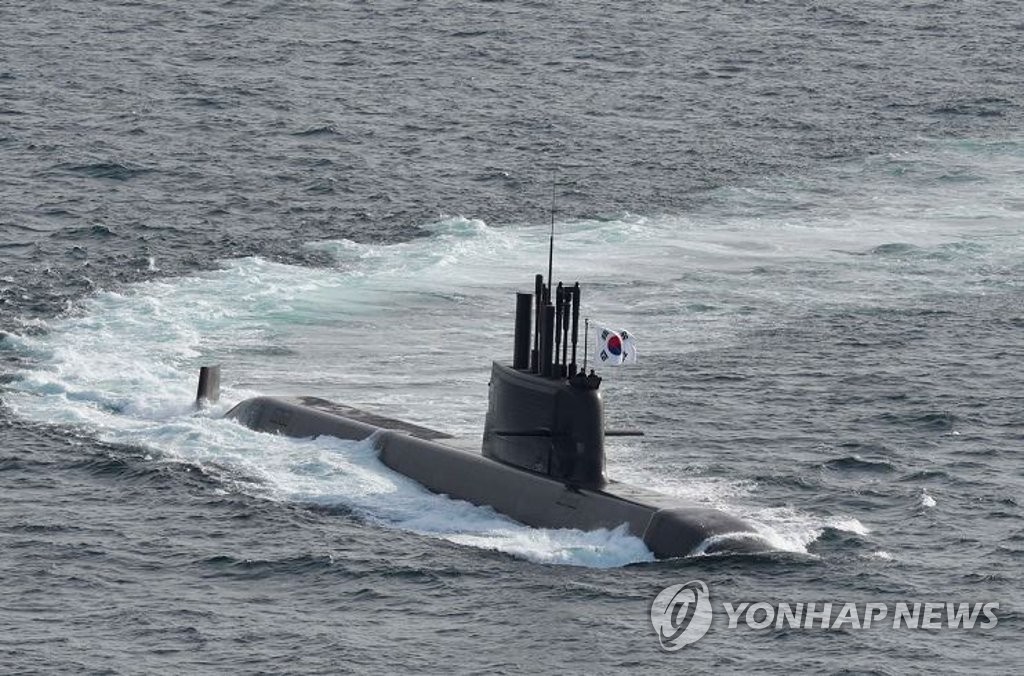