In a Gallup Korea survey conducted from Tuesday to Thursday, Kim, who fell short of a bronze medal in Japan, received 63 percent support from 1,002 respondents.

People were allowed to select up to two athletes.

An San, a triple gold medalist from archery, ranked second with 35 percent. Kim Je-deok, who won two gold medals in archery, was third with 13 percent support. 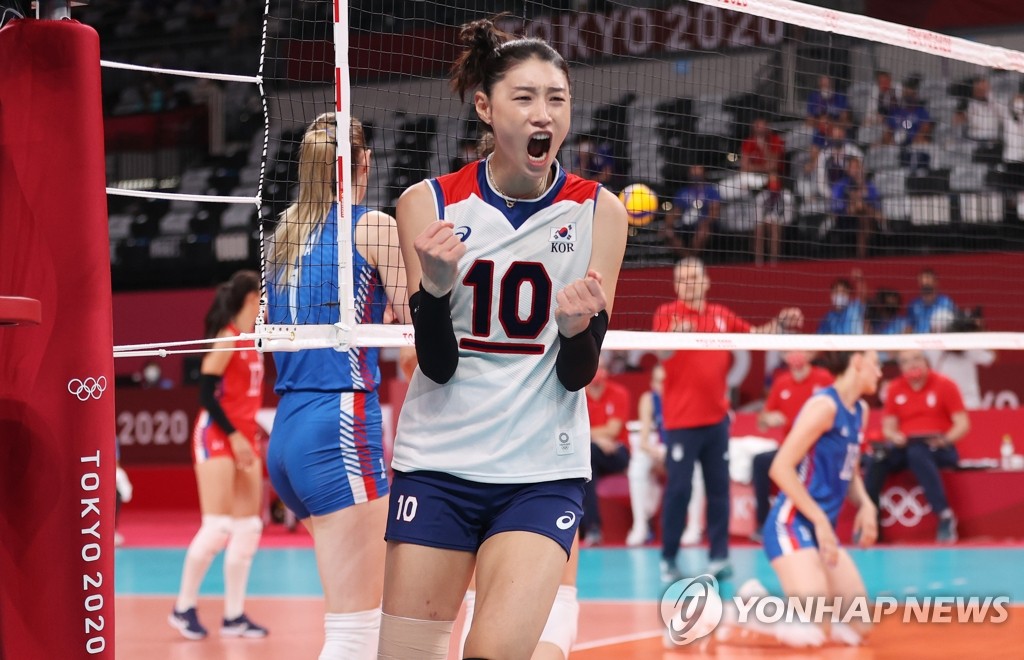 Two other non-medalists rounded out the top five. High jumper Woo Sang-hyeok, who set a national record with 2.39 meters while finishing in fourth place, came in fourth in the poll at 11 percent. Swimmer Hwang Sun-woo received support from seven percent of the polled, after reaching the finals in the 100m and 200m freestyle races. Hwang set an Asian record time of 47.56 seconds in the 100m event.

South Korea then ran out of steam, losing to No. 2 Brazil in the semifinals and then No. 6 Serbia in the bronze medal match. Kim, who finished second overall in points, announced her retirement from international play following the Olympics. 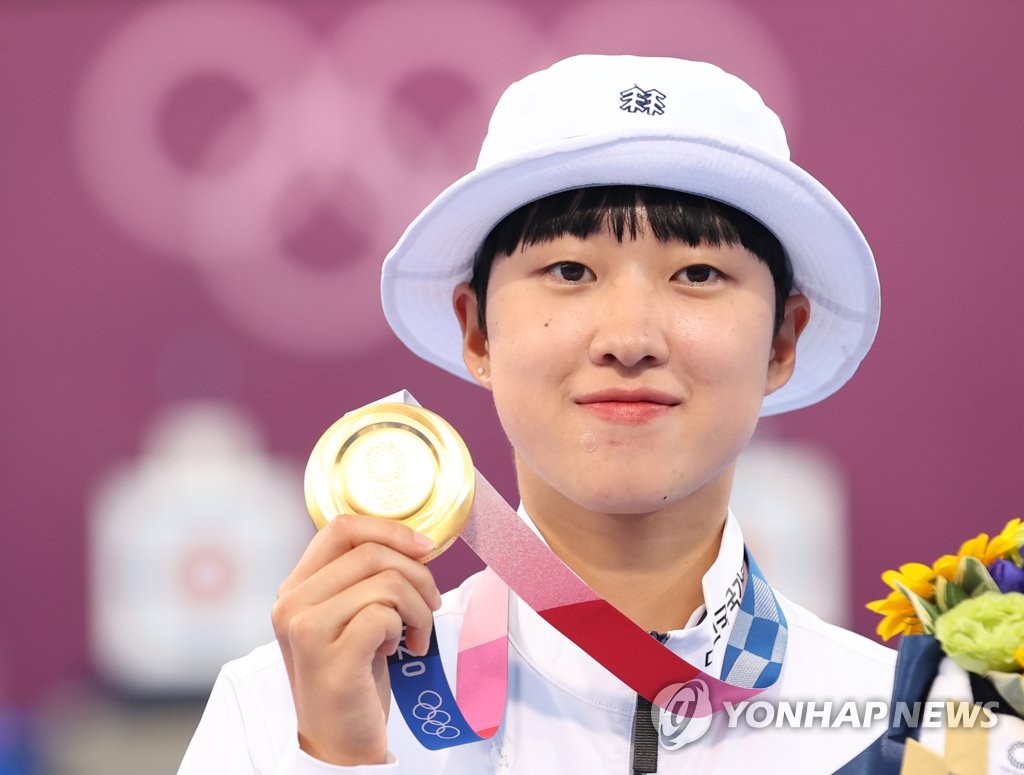 Thanks to Kim's heroics, volleyball was picked as the most popular sport during the Olympics in the same Gallup poll, with 68 percent support. Archery came next with 44 percent, followed by fencing with nine percent. 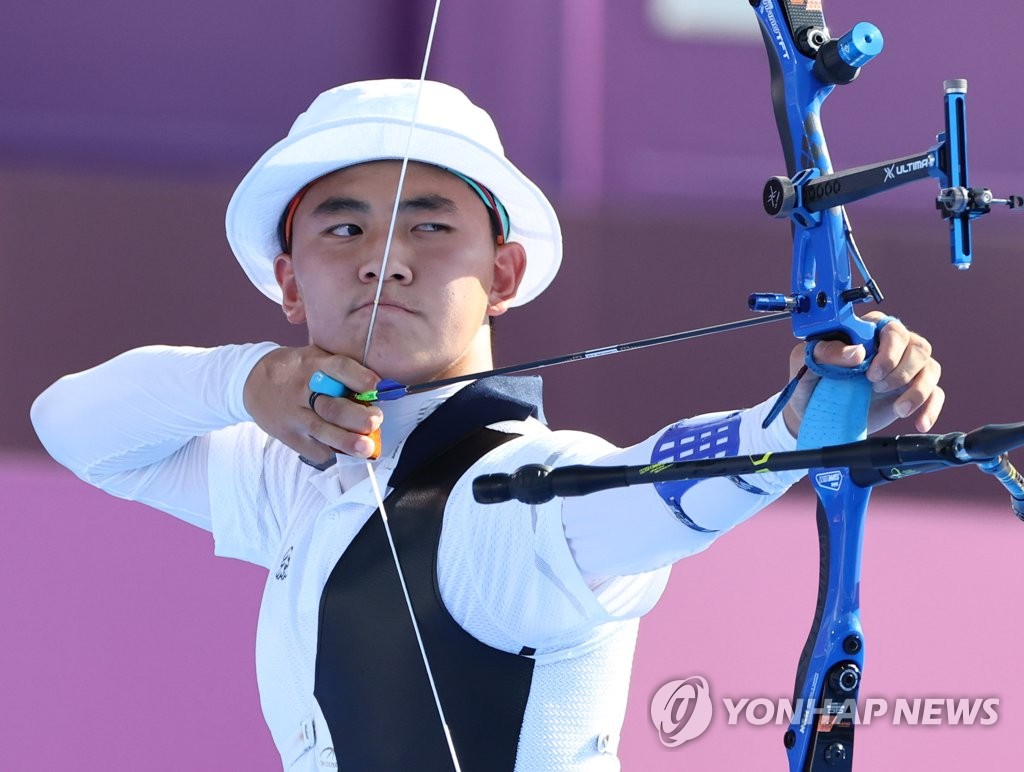 Also, 53 percent of the people said the Tokyo Olympics brought joy to their life, as opposed to 37 percent who said the sporting event didn't do so.

The poll had a margin of error of plus or minus 3.1 percentage points and a confidence level of 95 percent.