SEOUL, Aug. 14 (Yonhap) -- South Korea's daily coronavirus infections continued to stay around 2,000 on Saturday amid concerns over yet another potential virus spike after the public holiday running through early next week.

The country added 1,930 COVID-19 cases, including 1,860 local infections, raising the cumulative caseload to 222,111, the Korea Disease Control and Prevention Agency (KDCA) said. Daily cases are counted until midnight and announced the following day.

Saturday's tally was down by 60 from 1,990 counted the previous day.

Despite the toughest distancing measures in place, the daily caseload has been in the four digits for 39 days, including Wednesday's record high of 2,223. South Korea reported its first case in January last year.

Worries are growing that the current spread of the virus could amplify into a massive outbreak, as people are likely to engage in more activities over the three-day Liberation Day holiday running through Monday. 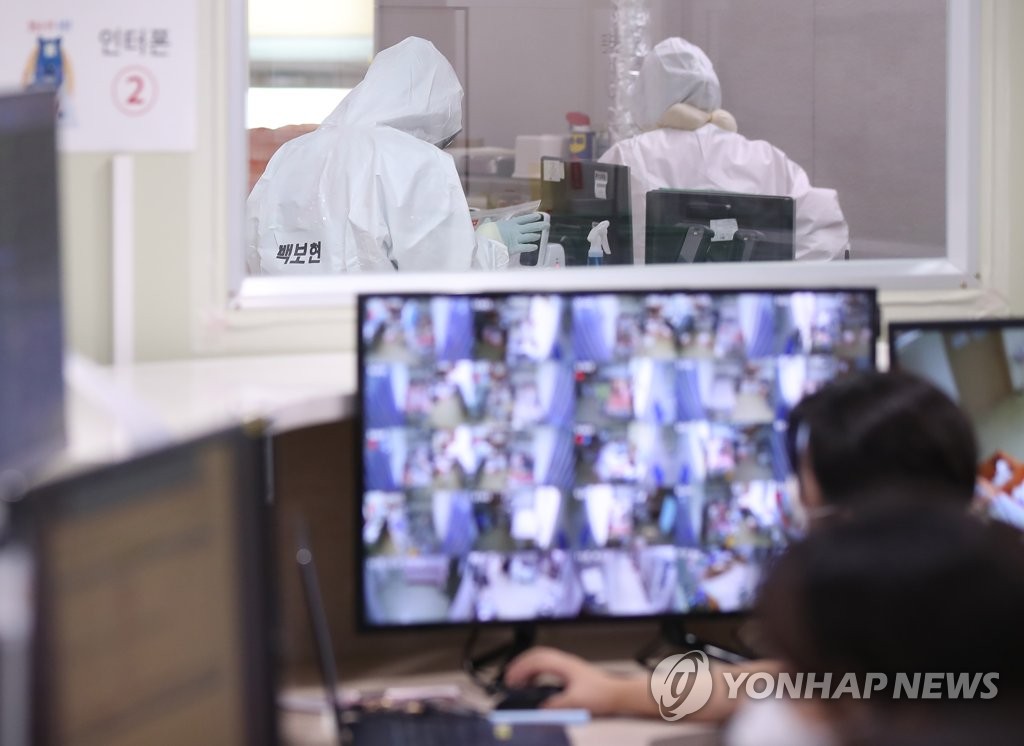 As of 9 p.m. Saturday, health authorities and local governments reported 1,722 new cases, down 28 from the same time Friday.

In a nationwide address on Friday, Prime Minister Kim Boo-kyum urged citizens to minimize travel and stay home with their families during the long weekend to prevent transmissions. He warned of stern action against any mass rallies in violation of distancing rules.

The greater Seoul area and the southern port city of Busan are under the highest Level 4 distancing that effectively bans private gatherings, with most other areas under Level 3.

Efforts to curb the pandemic have been hindered by the rise in delta variant infections and a slow vaccination process due to shipment delays.

Moderna's announcement early this week of a cut by more than half in the planned delivery of 8.5 million doses to South Korea added to concerns, prompting a government delegation to visit the company headquarters in Boston to ramp up the call for supplies on time.

In a press release on Saturday, the U.S. Embassy in Seoul said the vaccine doses will depart from Tennessee and arrive in Incheon on Sunday.

As of Saturday, 22.23 million people, or 43.3 percent of the 51.3 million population, had received their first shots of COVID-19 vaccines, the KDCA said.

The vaccine setbacks have raised doubts over the government's plan to achieve a first-shot inoculation rate of 70 percent by September and herd immunity by November.

Of the locally transmitted cases, 510 were reported from Seoul, 560 from the surrounding Gyeonggi Province and 76 in the western port city of Incheon. Busan logged 150.

The number of people released from quarantine after making full recoveries stood at 193,778, up 1,530 from a day earlier.