NEW YORK/SEOUL, Aug. 14 (Yonhap) -- South Korea has asked U.S. drugmaker Moderna Inc. to speed up its delivery of COVID-19 vaccines to Seoul in accordance with a prior contract, visiting government officials said Saturday.

The request was made during a South Korean government delegation's visit to the headquarters of Moderna in the U.S. state of Massachusetts on Friday, they said. It came after Moderna notified Seoul that it plans to supply less than half of the 8.5 million doses of its COVID-19 vaccine planned for August. 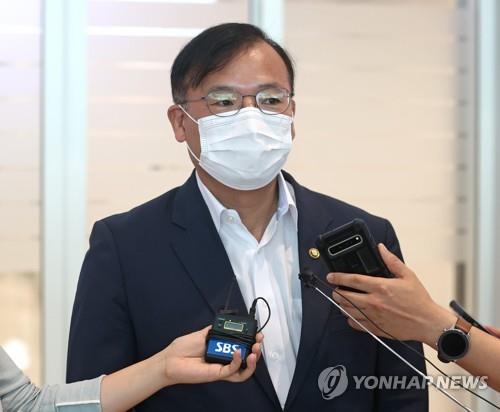 Vice Minister of Health and Welfare Kang Do-tae, who leads the South Korean delegation, told reporters after the visit that he protested Moderna's delayed vaccine supply to company executives and discussed countermeasures.

"The South Korean government expressed regrets, and Moderna expressed an apology. We asked for a faster supply of a larger quantity of COVID-19 vaccines and Moderna agreed to do its best," Kang said.

Asked about any specific supply schedule, Kang said he requested that the delivery be advanced as early as possible. He said he will hold additional discussions with Moderna over the supply schedule before returning home.

"Today's meeting proceeded in a constructive way. I think that it was an opportunity for Moderna and South Korea to enhance mutual understanding," the vice minister said.

South Korea aims to administer the first doses to 36 million people, or 70 percent of its 52 million population, by September, with the goal of achieving herd immunity by November.

But the delay in the vaccine supply raises concerns that the country's inoculation scheme for August and September may be hampered amid a recent flare-up in virus cases. 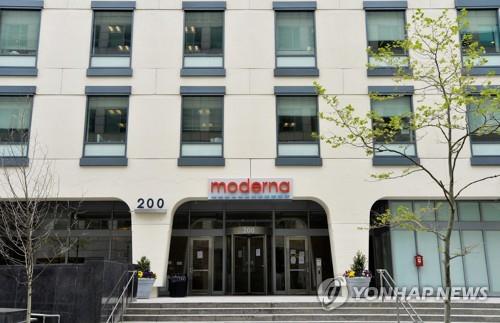