In a message sent to Putin on Sunday, Kim emphasized that the friendly ties "forged in blood in the struggle against the common enemy" have been carried forward for generations and hoped that the relations would grow stronger onto a "new strategic level," according to the Korean Central News Agency.

Putin sent a message to Kim on the same day, in which he stressed that the two countries "cherish the memory of the service personnel of the Red Army and Korean patriots who dedicated their lives to the freedom of Korea," the KCNA said.

Putin expressed "the belief that the bilateral cooperation of mutual benefits would be further promoted through the implementation of the agreements reached at the 2019 meeting in Vladivostok," it added, referring to the summit the leaders held in Russia's Far Eastern city.

"This would no doubt contribute to ensuring the security in the Korean Peninsula and the Northeast Asian region as a whole," he was quoted as saying.

Kim and Putin have exchanged messages to mark the anniversary of Korea's liberation from Japan's 1910-45 colonial rule.

North Korea has strengthened relations, in particular, with other socialist countries, including China and Cuba amid prolonged stalemate in denuclearization talks with the United States and crippling global sanctions on its economy. 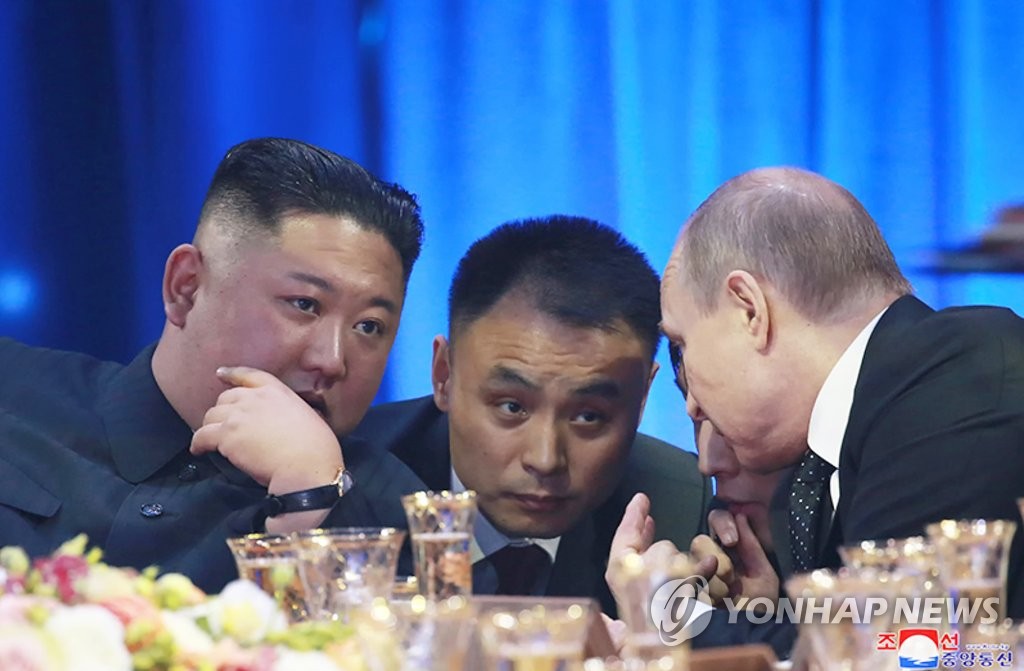