SEOUL, Aug. 15 (Yonhap) -- President Moon Jae-in said Sunday that South Korea will complete the second dose of COVID-19 vaccines for 70 percent of the population by October, adding that the government will further raise its target vaccine administration rate.

"By October, 70 percent of all nationals will complete their second dose administrations (of vaccines)," Moon said during a nationally televised Liberation Day speech at Culture Station Seoul 284 in central Seoul.

Moon also stated South Korea was "overcoming the coronavirus crisis more stably compared to any other advanced countries" and added that authorities will "further elevate (the government's) target inoculation rate."

The country launched its public vaccine campaign in February and has aimed to administer the first doses to 36 million people, or 70 percent of its 52 million population, by September, with the goal of achieving herd immunity by November.

But a disruption in vaccine supplies in August has raised concerns that the country's inoculation scheme for the month and September may be hampered amid a recent flare-up in virus cases.

Moon also reiterated his vision for an inclusive economic recovery amidst the raging pandemic, pledging to "recover and advance together" and provide hefty compensation to virus-hit small merchants while creating quality jobs. 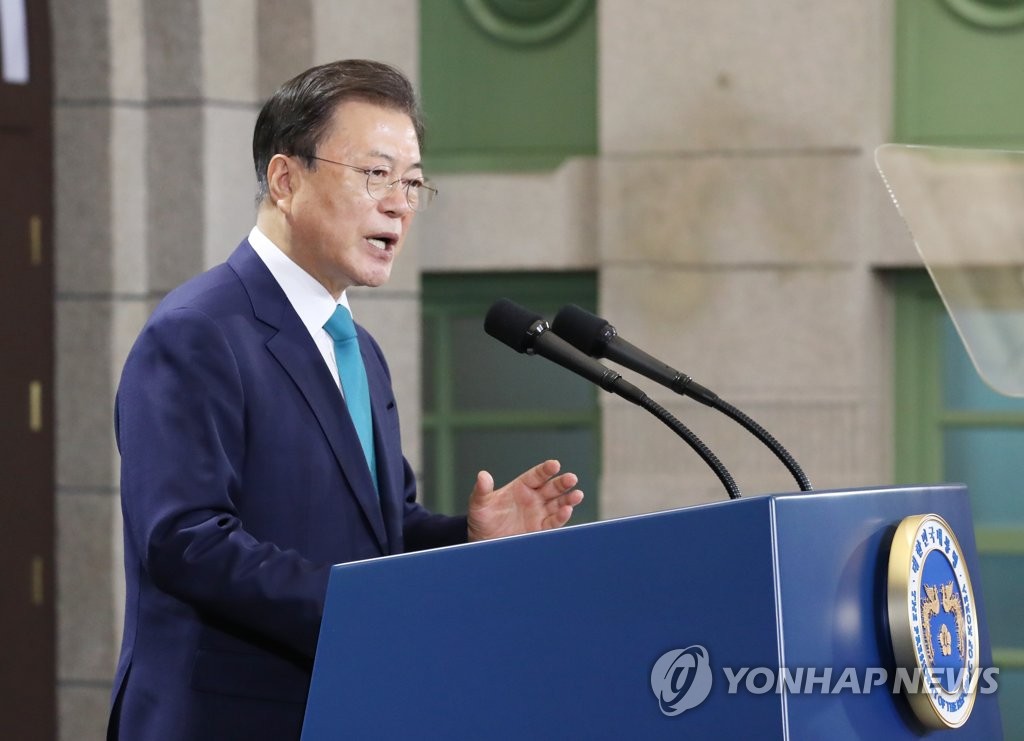 He also highlighted that Seoul will "actively contribute" to the international community's joint battle against the pandemic and the global economic recovery, stating that South Korea is "confronted with an opportunity to advance into a leading nation at history's critical juncture."

On the strained Seoul-Tokyo relations, Moon said South Korea is willing to engage with Japan to cooperate on key bilateral and international issues at any time.

"Our government has its door open for talks with Japan regarding not only bilateral issues but also for joint responses to threats faced by the globe, such as COVID-19 and the climate crisis," Moon said.

Moon stated that both countries have been able to achieve economic development through their "shared values of democracy and market economy" and stressed that was the direction in which the two nations should move forward together.

He, however, also stated Seoul will address "history issues that should be properly rectified" based on universal values and principles shared by the international community.

On North Korea, the president said that denuclearization and lasting peace on the Korean Peninsula could contribute to the overall prosperity of Northeast Asia, while noting that "more time may be needed" in achieving unification of the divided countries.

"To us, the division (of the Korean Peninsula) is the biggest obstacle against growth and prosperity and a strong wall that obstructs lasting peace," Moon said, while also stating that "we too can remove this wall" similar to how the Germany achieved unification in 1990. 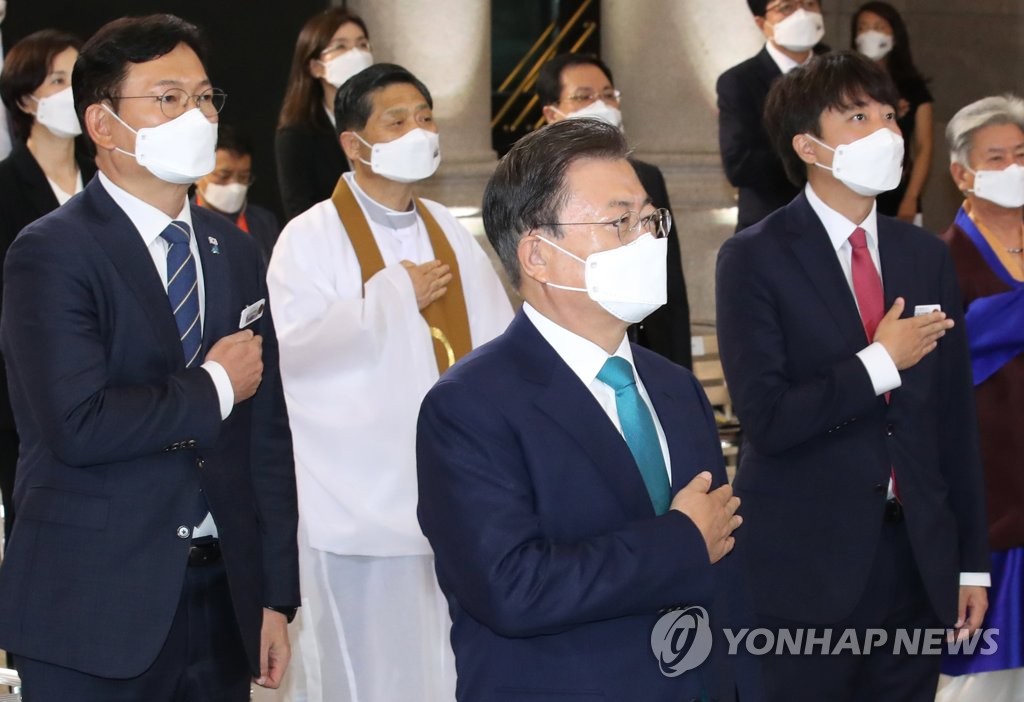