JEJU, Aug. 15 (Yonhap) -- The municipality of the southern resort island of Jeju decided Sunday to raise social distancing rules to the highest level starting Wednesday in a bid to stem a spike in COVID-19 cases.

The virus curbs will be raised by one notch to Level 4, the highest level in the country's four-tier scheme, from the current Level 3, according to the Jeju provincial government. The move will be effective until Aug. 29.

Jeju Island has joined the greater Seoul area and several non-capital areas that have raised anti-virus measures to the top level amid the fourth wave of the pandemic.

Under the toughest virus curbs, private gatherings of three or more people will be banned after 6 p.m. and entertainment establishments, including night clubs and bars, will be ordered to shut down.

Jeju Island has witnessed a sharp rise in virus cases as more people have traveled to the island during the summer vacation season. More infections may pile up as people are visiting the island to enjoy an extended weekend that includes Liberation Day.

It reported 39 new cases Sunday to raise the total to 2,078, according to health authorities. The island identified 210 more COVID-19 patients over the past week. 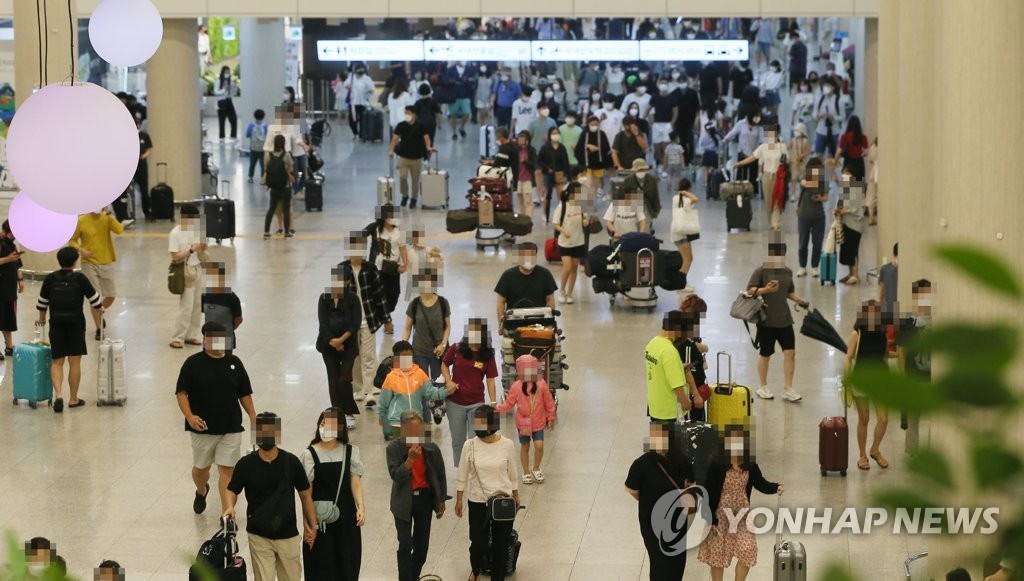