Preorders for the Galaxy Z Fold3 and the Galaxy Z Flip3, both unveiled last week at Samsung's Unpacked online event, will run through Monday in South Korea. Those who preordered Samsung's third-generation foldable smartphones will receive the products next Tuesday, three days before their official launch.

Samsung has sharply lowered prices for its latest Galaxy Z series, cutting as much as 400,000 won (US$340) compared with predecessors, so that it can popularize the foldable category. 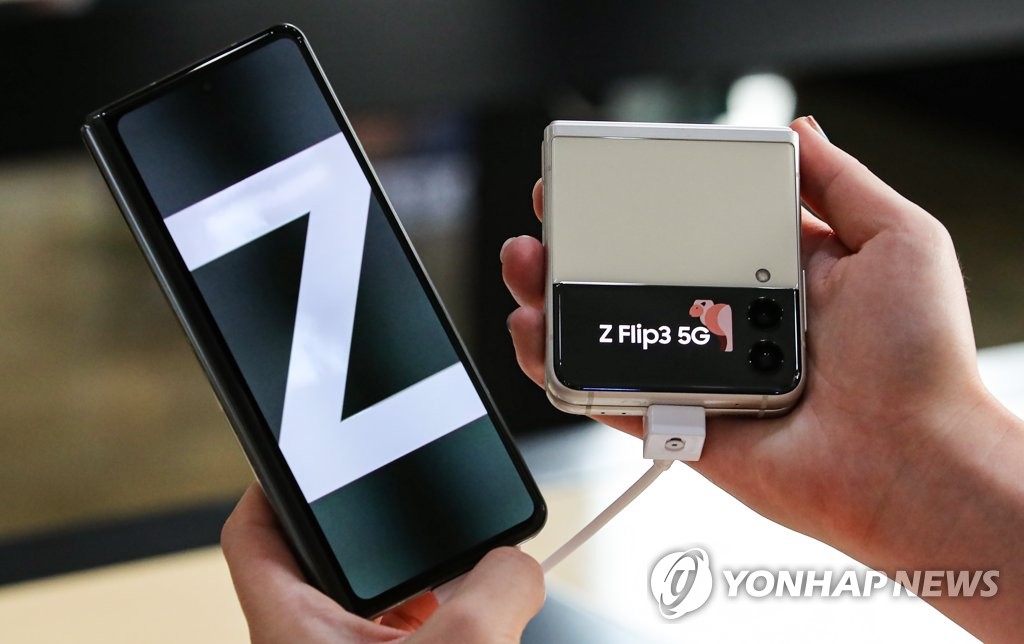 The company will also run a special trade-in program, in which consumers can exchange their old devices for new Galaxy Z smartphones, until Sept. 30.

Meanwhile, Samsung said about 460,000 people participated in an online draw to buy the limited edition of the Z Fold3 and the Z Flip3 last Thursday, which was twice more than the number of people who applied for the Z Fold2 special edition sales.

The Thom Browne edition of the Z Fold3 is priced at 3.96 million won, while that of the Z Flip3 costs 2.69 million won. The special package also includes the Galaxy Watch4, the Galaxy Buds2 and other accessories in collaboration with the U.S. fashion brand.