SEOUL, Aug. 17 (Yonhap) -- All of four last-remaining South Koreans in Afghanistan, including the country's ambassador, have left the country, the foreign ministry said Tuesday.

A plane carrying the four -- three diplomats and one civilian -- departed from the Kabul airport at around 9 a.m. (Seoul time) and is expected to land in a third country in the Middle East, the ministry said.

The three embassy officials, including Ambassador Choi Tae-ho, had stayed behind in Afghanistan even after all other embassy staff evacuated, in part to help the last-remaining citizen leave the country. The civilian was reportedly reluctant to leave due to business reasons.

The four boarded the plane last night, but remained stranded until this morning because the plane was unable to take off as thousands of Afghans crowded the runway in a desperate attempt to flee.

South Korea temporarily closed its embassy in Kabul on Sunday and relocated most of its diplomatic staff to a Middle Eastern country, with the help of friendly nations, as the Taliban quickly retook full control of Afghanistan . 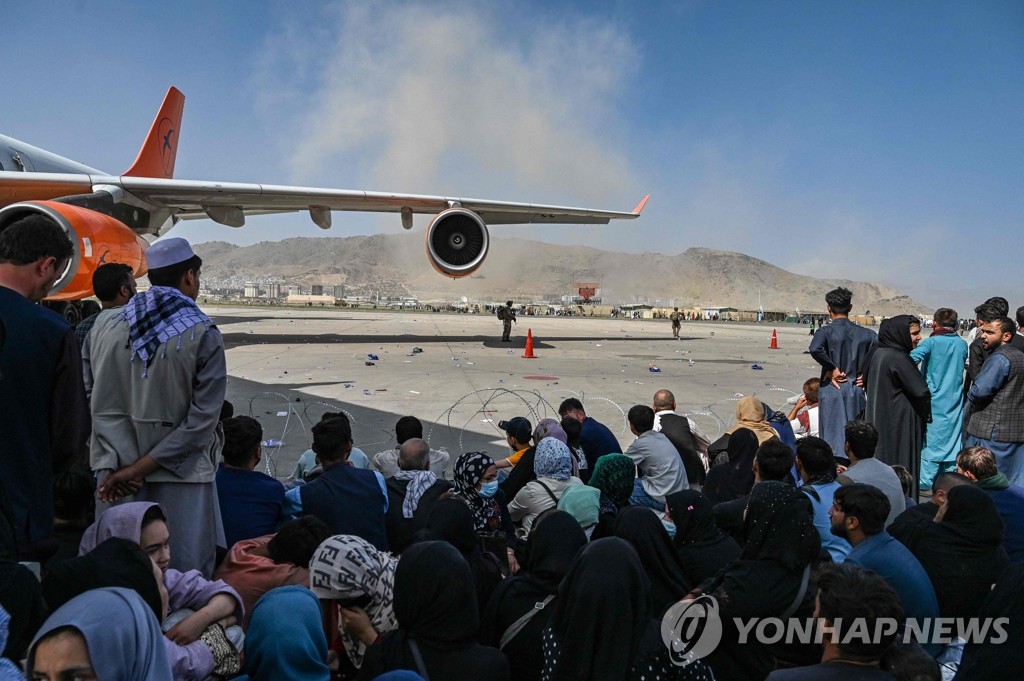