SEOUL, Aug. 17 (Yonhap) -- Defense Minister Suh Wook ordered top military commanders Tuesday to take steps to protect sexual abuse victims even before they file an official complaint, officials said, after a female Navy sailor took her own life in the second such suicide in less than three months.

Suh issued the order during an emergency meeting with the commanders, six days after a female Navy chief petty officer was found dead in an apparent suicide at her residence after reporting that she was sexually abused by a senior colleague in May.

The death added to criticism of the military's handling of sexual harassment cases as it came less than three months after an Air Force noncommissioned officer committed suicide following sexually harassment from a colleague months earlier.

During Tuesday's meeting, Suh and the commanders shared the need for the so-called restricted sexual assault reporting system, which enables service members to confidentially disclose their sufferings only to specified individuals to receive medical treatment and other support without triggering investigations.

Under the current system, victims can get help only after an official investigation process begins. The defense ministry said the envisioned system is similar to the U.S.' restricted reporting policy for military members.

Experts have called for measures to better protect victims as many victims in the military are assaulted by those in their chain of command, making them reluctant to file a complaint out of fear that they may experience retaliation or secondary harm under the strict command structure and the exclusive barracks culture.

"It is an urgent task to extend support for victims who are suffering but have failed to report their case," Suh said, instructing officials to seek ways to carry out such measures as soon as possible.

Last week, Suh apologized for the incident and vowed to carry out a thorough investigation. The suspect was booked for investigation by the Navy police Wednesday and was arrested Saturday. 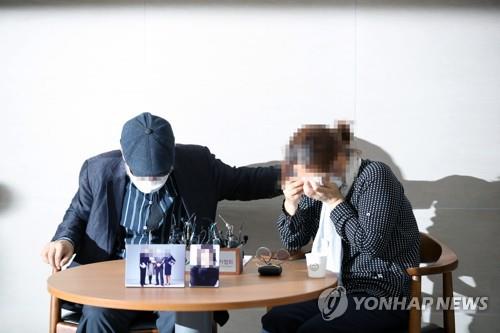