Net profit stood at 69.29 billion won (US$58.85 million) in the April-June period, compared with a profit of 26.78 billion won the previous year, according to a company statement.

Revenue rose 29.3 percent to 253.62 billion won over the cited period, while operating profit increased 204 percent to a record 79.79 billion won. 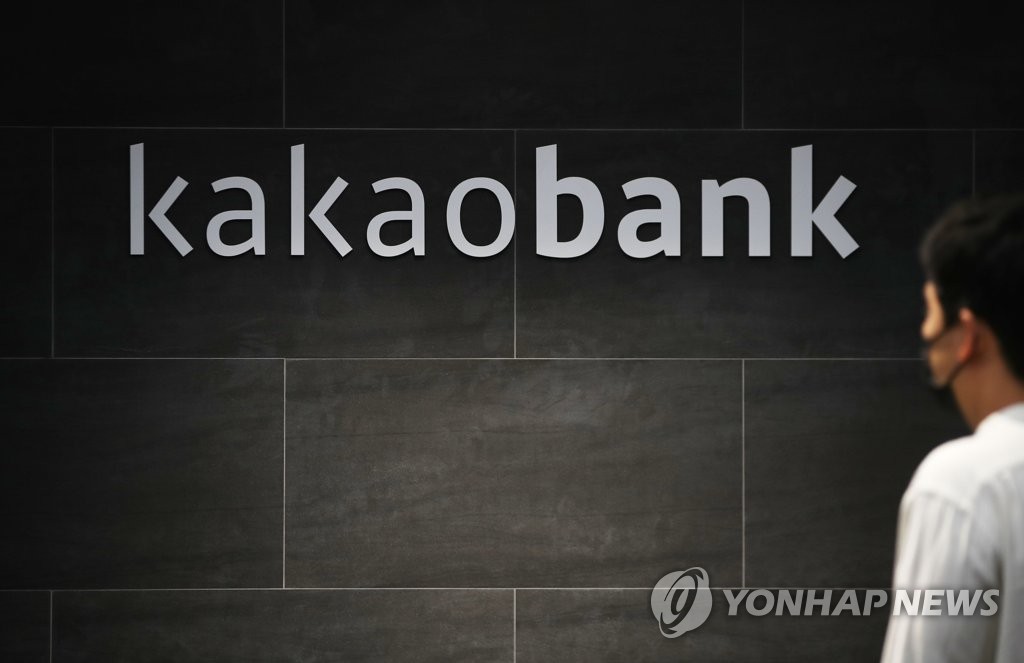 The online lender, which became the most valuable financial firm in South Korea after its public listing on the local bourse on Aug. 6, cited growth in customers for the improved earnings.

KakaoBank said it had 16.71 million customers as of the second quarter this year, up 2.9 million from the previous year, thanks to an increase in users in the 40s and 50s age groups.

The company's net interest income reached 141.5 billion won in the April-June period, up 44 percent from the previous year, due to a growth in loans.

KakaoBank is backed by Kakao Corp., the operator of the country's dominant messaging app KakaoTalk. Kakao holds a 27 percent stake in the company.

Shares in KakaoBank surged 14.1 percent to 87,400 won on the main bourse, far outperforming the broader KOSPI's 0.89 percent loss. The company reported its second-quarter earnings after the market closed.