Outbound shipments of automobiles reached 181,046 units in July, according to the Ministry of Trade, Industry and Energy. In terms of value, exports advanced 12.3 percent to US$4.1 billion.

The ministry attributed the decrease to a low base effect, as overseas shipments of cars gathered ground in July 2020 after the demand sharply fell earlier in the year amid the COVID-19 pandemic.

Exports of SUVs dipped due to the lack of new models, with the supply shortages of automotive chips also disrupting their production. 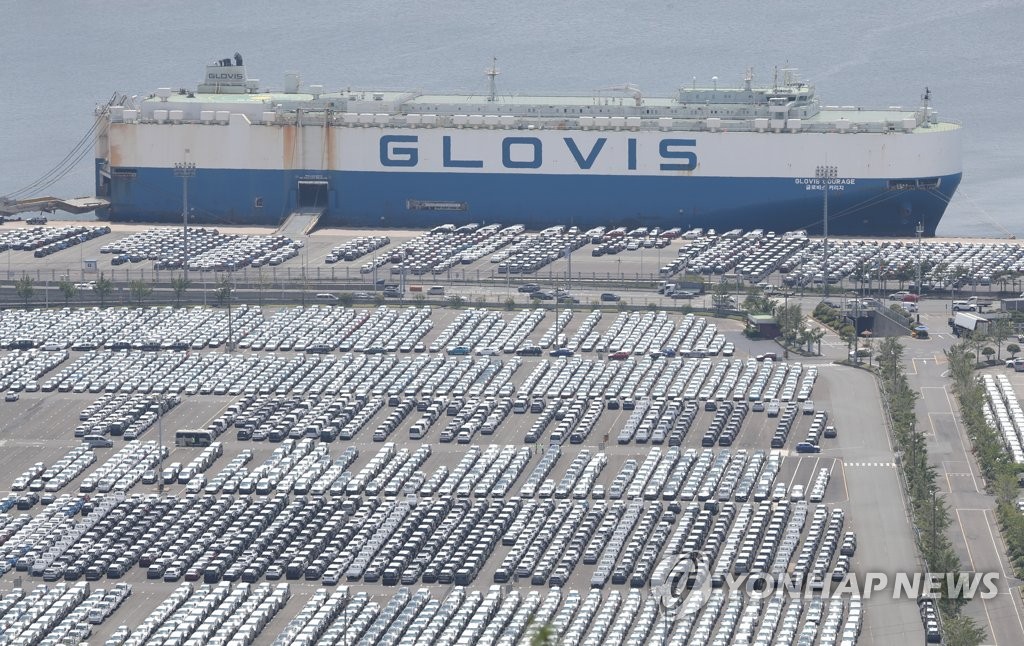 By company, exports by Hyundai Motor, the top player, saw its exports move up 5.1 percent on-year in July on the back of the strong performance of the Palisade, GV70 and GV80 SUV models.

Overseas sales of Hyundai's smaller sister Kia Corp., on the other hand, decreased 1.8 percent over the period, as exports of the Seltos and Sorento SUVs plunged 59.9 percent and 27 percent, respectively.

Outbound shipments of GM Korea Co. decreased a whopping 47.7 percent due to the reduced production of the Trailblazer SUV.

Financially troubled carmaker SsangYong Motor Co.'s exports in the month tripled on-year on a base effect.

Exports by Renault Samsung Motors Corp. more than doubled on the stronger demand from the European market, the data showed.

By destination, exports to North America declined 11.6 percent on-year in July to US$1.79 billion, while those to the European Union moved up 8.5 percent to $583 million. Shipments to the Middle East more than doubled to $397 million.

Production of automobiles fell 13.9 percent on-year to 297,585 units in July amid the supply shortages of automotive chips, and the local demand also fell 9.6 percent to 147,697 units amid the lack of new models.

Auto exports down 2.9 pct amid shortages of automotive chips

Auto exports down 2.9 pct amid shortages of automotive chips