SEOUL, Aug. 18 (Yonhap) -- The credibility of public opinion polls is coming under increasing voters' skepticism as pollsters came up with confusingly contradicting survey results in recent weeks in the run-up to next year's presidential election.

The first survey by Realmeter showed that Yoon, competing to win the main opposition People Power Party (PPP)'s ticket to run in the March 9 presidential election, led Lee of the ruling Democratic Party (DP) by a solid margin of 6.2 percentage points in a hypothetical one-on-one duel.

The Gyeonggi governor was ahead of Yoon 41 percent to 33 percent, with a big margin of 8 percentage points, in a hypothetical two-horse race, the survey showed. Lee was even trailed by Rep. Lee Nak-yon, the runner-up presidential contender from the DP, by a margin of 2 percentage points when pitted against him.

According to the National Election Survey Deliberation Commission of the national election watchdog, the pendulum swung in favor of Lee in four of the seven relevant opinion polls released between last Wednesday and Tuesday, while Yoon was leading in the remaining three polls, including Realmeter's, suggesting the issue is industry-wide. 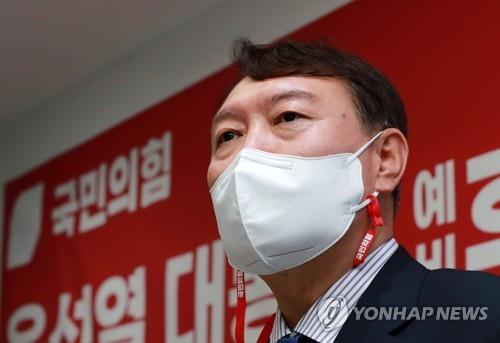 Pre-election opinion polls are a critical barometer of public sentiment that can help inform voters when making a decision for the presidential election as well as other elections for public offices.

However, they have come under increasing skepticism over not only their reliability but also fairness about how the polls are conducted as the vastly differing polling results from different pollsters have left the presidential race highly unpredictable for many voters.

Some naysayers have even expressed doubts over opinion polls' role in representing the voices of voters, warning they may have been manipulated to shape public opinion in favor of a certain candidate.

A month earlier, WinGKorea, a pollster run by a man known to be supportive of President Moon Jae-in, took the political circles and voters aback with its then-rare public opinion results that put former DP chief Lee Nak-yon, the favorite among pro-Moon voters, ahead of Yoon in a hypothetical two-way race.

The same month, the pollster's sitting president Park Si-young wrote "It's not very entertaining to see (Yoon's campaign) come apart in such a quick way," belittling the leading opposition candidate on his Facebook account, triggering an objectivity issue.

Surveys conducted solely through mobile phones often return results in favor of the liberal ruling block, while polls carried out on mobile as well as fixed lines generate findings often in line with the conservative opposition bloc.

Opinion queries through fixed lines are generally deemed more representative of older generations, where a higher rate of conservatives is recorded.

The use of the automatic response system (ARS), which poses survey questions and records responses without human intervention, is thought to be another major determinant.

"Voters tend to shy away from declaring their political preference in interviews through direct human interaction, while machine-driven interviews show a higher rate of participation by highly politically-engaged voters (only)," an analyst at Realmeter has said.

According to the analyst, ARS-asked survey interviews often come back with a very low number of responses. 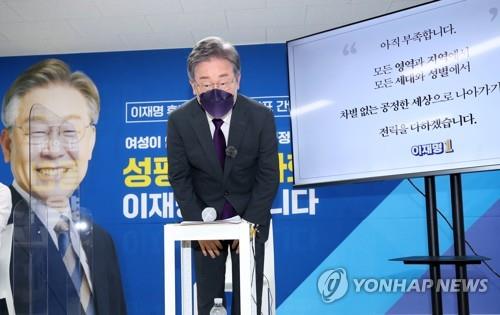