Cheongung II, the upgraded version of the country's first locally-developed medium-range surface-to-air guided missile, accurately hit a missile and an aircraft target in firing tests conducted at the Anheung test site in the western city of Taean, in July and August, respectively, according to the Defense Agency for Technology and Quality.

"With the successful completion of the quality certification tests, Cheongung II will now enter the stage of mass production," the agency said in a release.

The state-run Agency for Defense Development began the upgrade project in 2012 to add the capability of intercepting ballistic missiles to the previous version which mainly targets aircraft, with a goal to establish a Korean-style missile defense system. 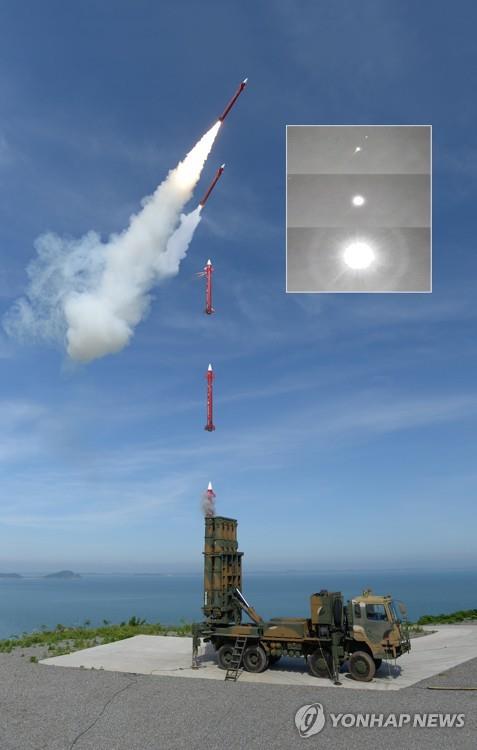