SEOUL, Aug. 19 (Yonhap) -- North Korea had declared a no-sail zone for ships off the east coast earlier this week, sources said Thursday, indicating that it had plans to launch missiles amid an ongoing combined exercise between South Korea and the United States.

The navigational warning was issued for Sunday through Monday for northeastern regions in the East Sea, according to the military sources. Such an advisory is usually issued ahead of missile launches or other weapons tests to warn vessels to stay clear of certain areas expected to be affected.

But no actual ballistic missile launches or artillery firings took place during the period, according to officials at Seoul's Joint Chiefs of Staff (JCS).

Many have predicted that the communist country could carry out provocative acts to protest joint military exercises under way between South Korea and the U.S. The North has long denounced such drills as a rehearsal for invasion.

Last week, the North slammed the South and the U.S. for going ahead with the exercise, saying it will "make them realize by the minute what a dangerous choice they made and what a serious security crisis they will face because of their wrong choice."

The JCS said that no peculiar movements by North Korea have been detected, but sources said that the North Korean military has conducted trainings near inter-Korean border areas in response to the ongoing Korea-U.S. exercise.

"We are closely monitoring military moves by North Korea while maintaining a tight readiness posture in close coordination with the U.S." a JCS official said. On Monday, the U.S. military flew the E-8C, or JSTARS, and other surveillance aircraft over the Korean Peninsula.

This year's summertime computer-simulated exercise does not include outdoor drills and involves a smaller number of service members than previous ones amid the COVID-19 pandemic and peace efforts involving North Korea, according to the defense ministry. 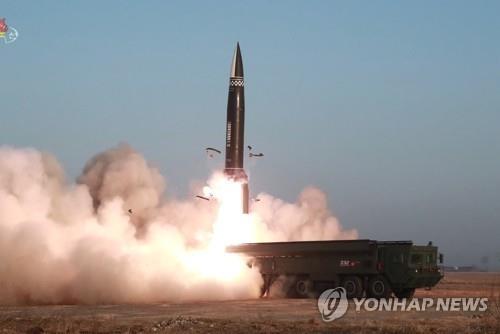