SEOUL, Aug. 20 (Yonhap) -- Ko Kwang-nam invested 5 million won (US$4,251) in cryptocurrencies but lost about half of his holdings as the nation's cryptocurrency markets showed signs of cooling down ahead of tougher regulations.

As things stand, Ko, a 30-something office worker in Seoul, is likely to lose most of holdings because he made big bets on smaller or "alternative" coins.

"I am not going to cut my losses because I believe that prices will go up again if regulatory issues are over," Ko said.

By Sept. 24, both foreign and local cryptocurrency exchanges targeting Korean investors must register with the nation's anti-money laundering body and disclose their details on risk management.

Under the tougher regulations, which were announced in March with a six-month grace period, banks will issue real-name accounts in line with stricter guidelines to prevent money laundering.

Beginning Sept. 25, cryptocurrency exchanges will be banned from withdrawing money for cryptocurrency trading if they have no real-name bank accounts. 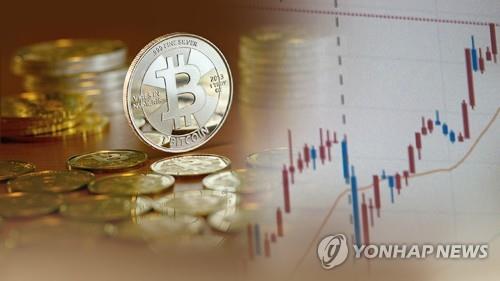 Minor cryptocurrency exchanges, which have been using opaque accounts to lure investors, are unlikely to meet such regulatory requirements, analysts said.

Finance Services Commission (FSC) Chairman Eun Sung-soo has said about 200 cryptocurrency exchanges could face a shutdown unless they are registered as "virtual asset service providers" by the September deadline.

In July, Eun said cryptocurrency exchanges that are based outside South Korea must register with the Korea Financial Intelligence Unit (KFIU), the anti-money laundering body, if they use the Korean currency.

According to a report released by the office of Rep. Kim Hee-gon of the People Power Party, the combined trading volume of the four major exchanges stood at 401 trillion won at the end of June, compared with 1,322 trillion won a month earlier.

The price of Siacoin, one of the smaller coins that Ko invested in, plunged to 20.21 won on Thursday from its April 17 peak of 100.2 won. 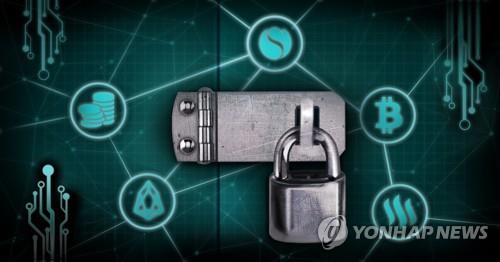 In June, Upbit, the country's largest cryptocurrency exchange, suspended won-based trading of five types of smaller coins It also put 25 minor virtual currencies on the warning list, which virtually means they will be removed from the trading platforms.

At least 11 of 20 certified cryptocurrency exchanges have decided to delist some smaller coins or place them on a warning list for investments since late May, according to industry sources.

Between June 15 and July 16, the FSC conducted on-site consulting on 25 crypto exchanges to review their preparation for registration and check the level of stability in their transactions system.

However, no exchanges were found to have met all the registration requirements, and they have shown inadequate levels of preparedness for complying with anti-money laundering efforts, the FSC said last week.

"At the time of consulting, the level of internal control mechanisms for stable maintenance and management of virtual asset transactions appeared to be inadequate," the FSC said in a statement.

"Unlike in stock markets where a variety of players take up different functions and provide different services, different types of services are often provided by the same entities in the virtual asset market. This has exposed the issues of fairness in market order, safety in user's assets and system stability," it said.

As the nation is set to step up efforts to curb speculation, some foreign cryptocurrency exchanges have distanced themselves from Korea.

The KFIU has sent a notice to 27 foreign cryptocurrency exchanges that have business operations targeting Korean people about this requirement under the tougher regulations.

So far, no foreign exchanges have expressed their willingness to comply with the regulations. 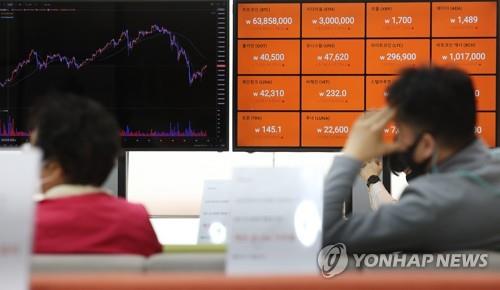 "If they continue to operate without registration, they will be subject to up to five years of imprisonment or a maximum fine of 50 million won (US$43,455)," an FSC official said.

Earlier this month, Bitfront, a U.S.-based cryptocurrency exchange set up by the messaging app company Line, said it will stop providing a Korean-language service on Sept. 14.

Despite repeated warning from policymakers, Korean investors have been heavily buying virtual currency as they see it as a lucrative asset amid the COVID-19 pandemic.

More young people have been investing in cryptocurrencies, anticipating higher returns, with some saying they cannot buy homes solely with their income amid skyrocketing home prices.

In the latest warning against cryptocurrency investors, the FSC said earlier this week that a closure of crypto exchanges starting Sept. 25 "may result in losses."