SEOUL, Aug. 19 (Yonhap) -- The South Korean government on Thursday defended the outcome of a multilateral climate change summit it hosted in May, amid media criticism that it failed to receive endorsement from some advanced countries and international organizations.

The Chosun Ilbo reported earlier that Britain, Germany, the European Union, the United Nations and others did not sign the Seoul Declaration, adopted after the Partnering for Green Growth and the Global Goals (P4G) summit held in Seoul at the end of May.

The foreign ministry dismissed the report, saying that the declaration reflects "the diverse positions" of countries in "a balanced way."

"The climate change and environment agenda is an area in which big differences lie between developed and developing countries and thus it is difficult to reach consensus," the ministry said in a text message to media.

"Nevertheless, the government produced the Seoul Declaration that could embrace both developed and developing countries, and secured participation and support from 39 countries," it said.

An official from the presidential office Cheong Wa Dae made similar remarks to reporters earlier in the day, saying the declaration was about finding "the middle ground."

The 2021 P4G Seoul Summit, held largely online, brought together more than 60 leaders and other top government officials and heads of international organizations. 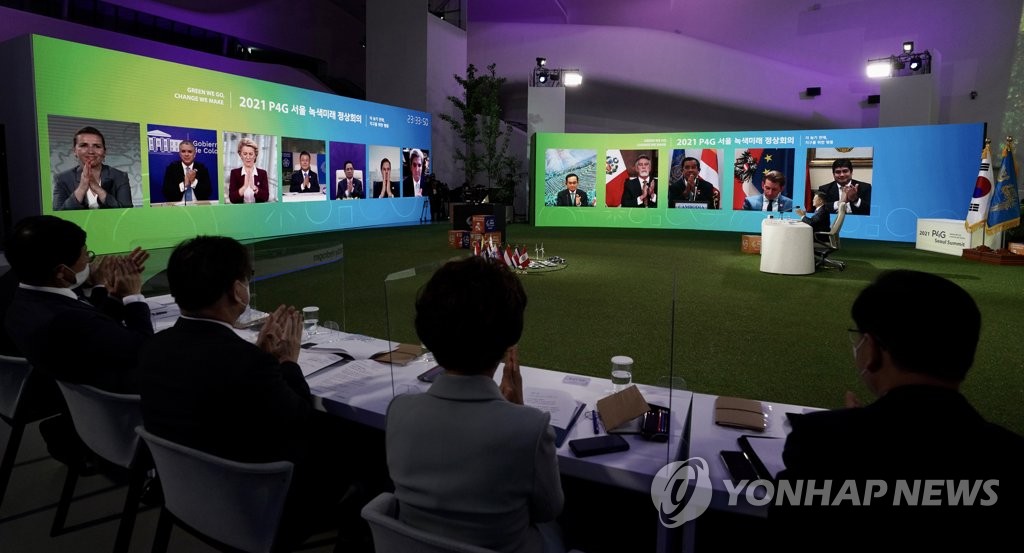