Biden made the remarks in a media interview on Thursday (U.S. time) as the U.S.' pullout of its troops from Afghanistan has raised doubts over Washington's security commitments to allies.

"There's a fundamental difference between Taiwan, South Korea, NATO," Biden said in an interview with ABC.

"We are in a situation where they are entities we've made agreements with, based on not a civil war they're having on that island or in South Korea, but on an agreement where they have a unity government that, in fact, is trying to keep bad guys from doing bad things to them," he said.

Biden stressed that the United States has kept "sacred commitment" that it would respond if anyone were to invade or take action against its allies in Europe.

Sullivan said that the Biden administration has no intention of reducing the American troop presence in South Korea or Europe, stressing that "our commitments to our allies and partners are sacrosanct and always have been." 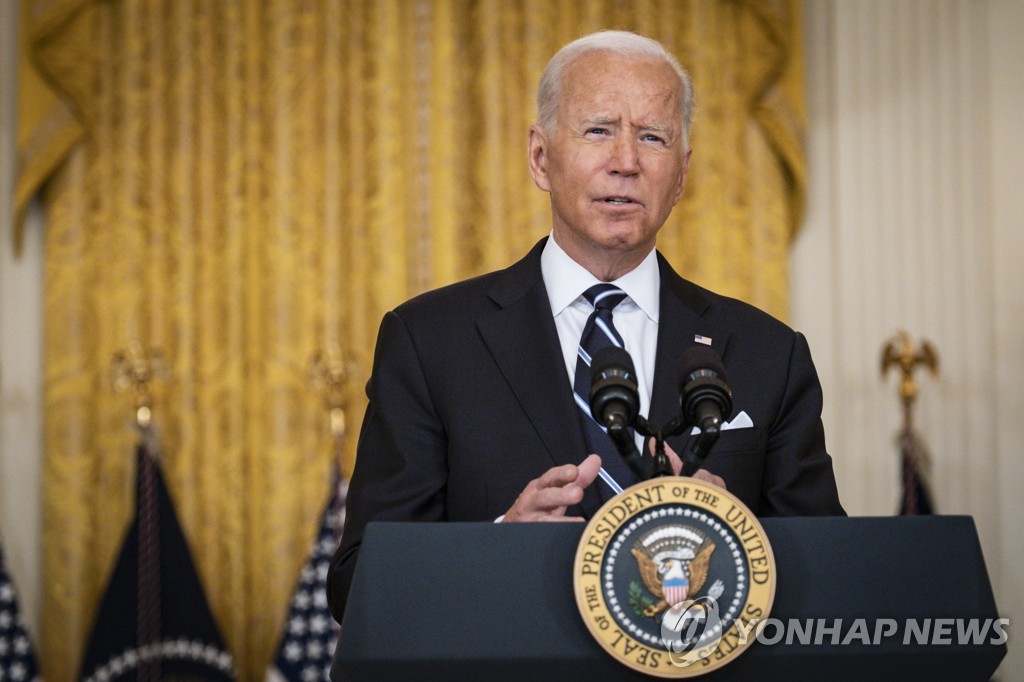