The remarks came as Washington is trying to quell doubts about the U.S,' security commitments to its allies after the pullout of its troops from Afghanistan has led critics and even some allies, like Britain, to question the credibility of the U.S.-led alliances.

"It is safe to say that this administration has prioritized our system of alliances and partnerships in profound ways, and we've done that because we recognize them as a profound source of strength," Price said in a press briefing on Thursday (U.S. time).

Price reiterated that the troop withdrawal decision was made "in close coordination" with NATO allies.

He said the U.S. policy focus on the Indo-Pacific region demonstrates its commitment to alliances, adding that South Korea and Japan were the first countries visited by U.S. Secretary of State Antony Blinken after they took office early this year.

He also reaffirmed that the denuclearization of the Korean Peninsula is an issue that directly relates to the security interests of the U.S. and its Asian allies.

Earlier in the day, Biden told ABC News that the allies, like South Korea and Taiwan, are fundamentally different from the situation in Afghanistan, stressing that the U.S. has kept "sacred commitment" that it would respond if anyone were to take action against its allies. 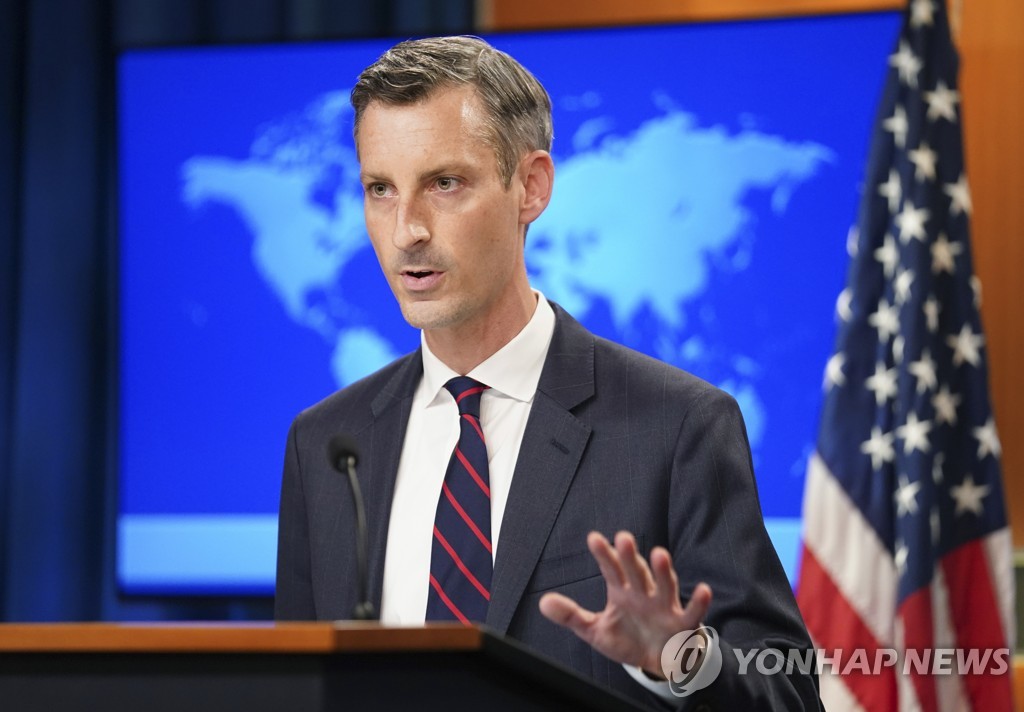