SEOUL, Aug. 20 (Yonhap) -- An airplane of the same jet type as that of North Korean leader Kim Jong-un was spotted flying to the eastern part of the country, an aviation tracker said.

According to Flightradar24, a flight tracking website, North Korean carrier Air Koryo's AN-148 jet departed from Pyongyang at 9:08 a.m. Thursday and flew towards the eastern coastal town of Wonsan.

The Antonov AN-148 jet is the type of aircraft used as Kim's personal jet but the latest jet appears to hold a different registration number from that of the leader's plane.

The flight comes amid lingering tensions on the Korean Peninsula after North Korea warned the South of a "serious security crisis" in apparent protest against the joint military exercises between Seoul and Washington. 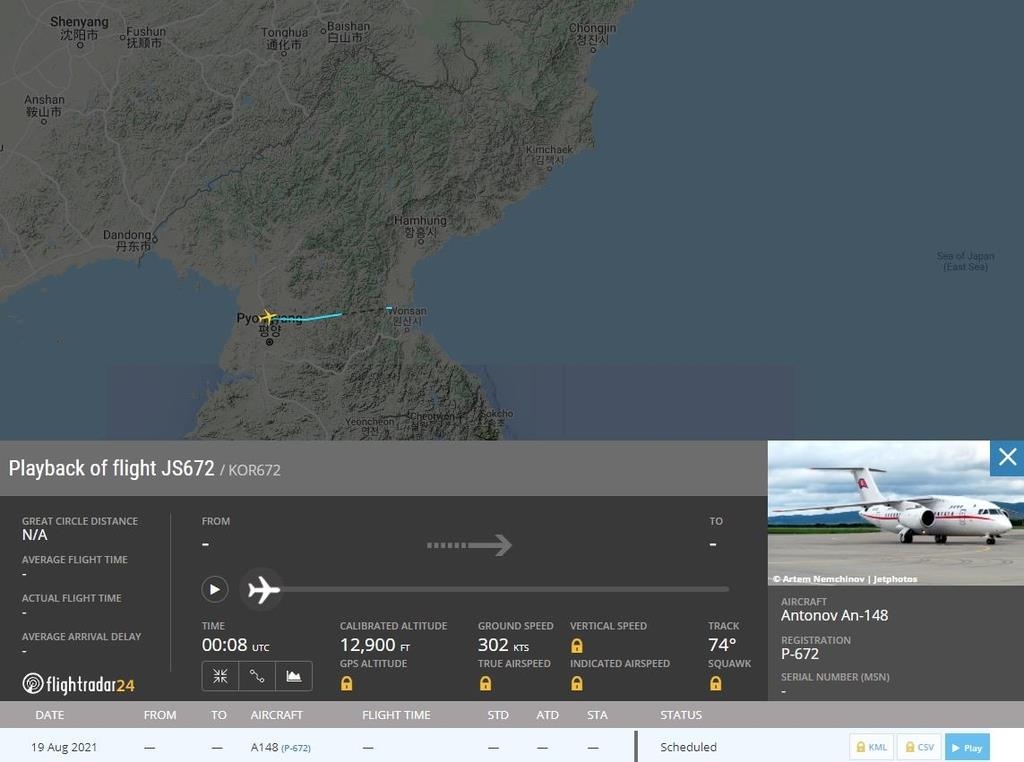