(ATTN: UPDATES with arrival of Russian diplomat in paras 4, 9)

SEOUL, Aug. 21 (Yonhap) -- The U.S. special representative for North Korea, Sung Kim, arrived in Seoul on Saturday for talks with his South Korean and Russian counterparts, as they seek North Korea's return to dialogue amid renewed tensions over the ongoing military exercise between Seoul and Washington.

Kim, who doubles as ambassador to Indonesia, began his four-day visit here, after Pyongyang reacted furiously to the allied exercise, calling it the "most vivid expression of the U.S. hostile policy" toward the North and warning of a serious security crisis.

Kim added he will also meet with Russia's Deputy Foreign Minister Igor Morgulov, who arrived in Seoul on Saturday morning.

"So, I think it is going to be a very productive visit," Kim said. 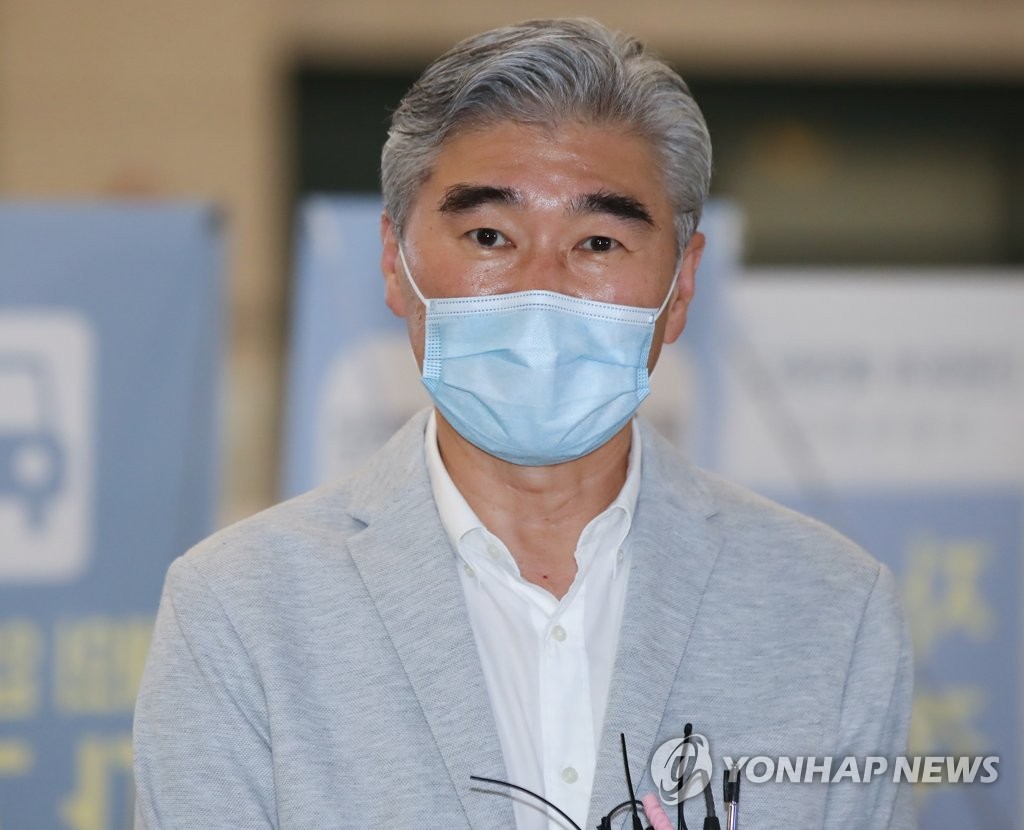 In a separate press release, the U.S. State Department said that Kim's visit to Seoul "illustrates the U.S. and ROK commitment to ongoing close collaboration on DPRK issues as we seek to advance complete denuclearization and permanent peace on the Korean Peninsula."

Morgulov arrived here for a six-day trip. While in Seoul, he will meet with Noh on Tuesday.

No trilateral session among Noh, Kim and Morgulov has been arranged yet, according to a ministry official.

The planned talks between the nuclear envoys come amid concerns over the North's possible military provocations in protest over the ongoing South Korea-U.S. military maneuvers, which the North has berated as a rehearsal for a war of invasion.

The North had reportedly issued a navigational warning for early this week for ships off the east coast, a possible indication that it had prepared a weapons test, such as a missile launch.